Sugartown Cabaret – The First Time I Lost The Road Map 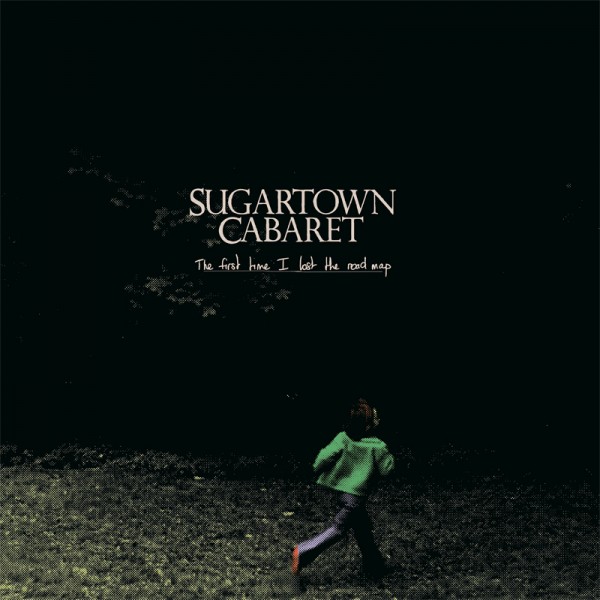 Sugartown Cabaret is a French band with members of Aussitot Mort (rip), Eyes of Time and Karysun. I discovered the band when I got the chance to review their one sided 10” EP ‘This is a split’. Later I discovered they already released a bunch of records with fantastic post hardcore in the vein of Fugazi and At the Drive-In, combined with hints to the dreaming post rock genre.

One of these records is ‘The First Time I Lost The Road Map’ that first was released on CD in 2007. Moment of Collapse, who also released the last 10” EP, were eager enough to put out the vinyl version on 150 black and 150 blue/green copies. When you hear the album you cannot believe this is the first output of the band that’s already recorded a long time ago. The eight songs are still vital, energetic and the flow of the songs is so natural, they really had set a standard for French post hardcore and post rock back in the days.

Everything is in balance, the song structure, the energy in the guitars and the intense screams. Some songs are going into the direction of good old post rock bands such as the end of ‘I’ve Got Absolutely No Relationship Problem’. These calm down parts are incorporated very smartly, so next songs like ‘Assis, A Regarder’ are kicking in like good old At the Drive-In. They dare to experiment too, like using dreary horns in this song.

The post rock recipe is done another time in “-”, when the melodic hardcore song “All The Same She Said” kicks in as a bomb. The instrumental one “Mai” starts off pretty quiet with an intriguing melody that gets stuck in your head. The song is slowly going to a climax, both in volume and speed. To end this brilliant record on a high, the energetic “The Violent Nextdoor Neighbour” captures everything Sugartown Cabaret stands for. This vinyl release is simply essential if you are into both spectra of these rock and hardcore niches.