Sugartown Cabaret – This Is A Split 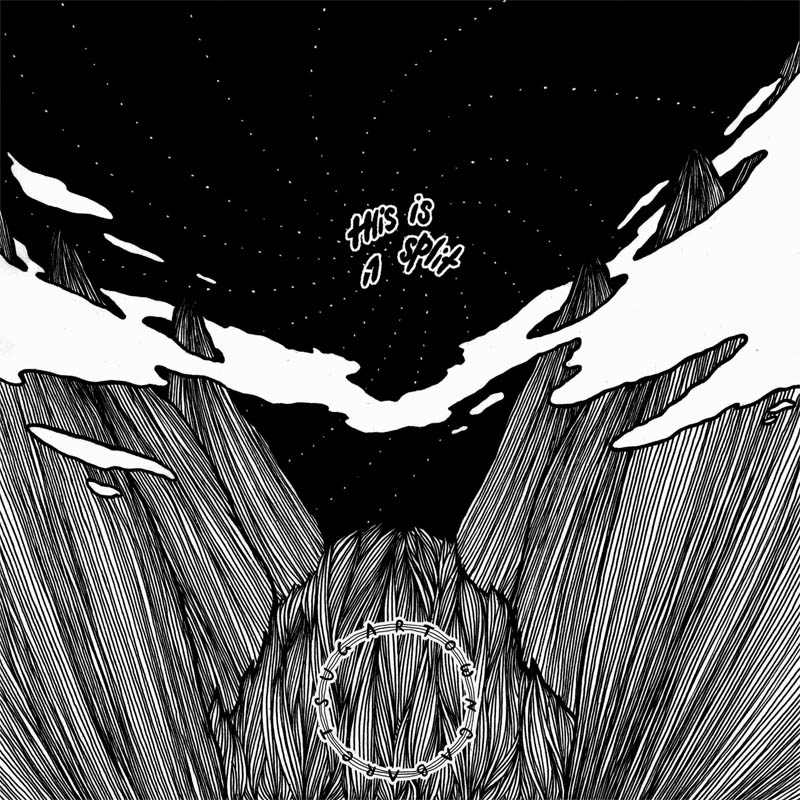 At the Drive-In is back together for a slew of shows, but no plans are made for a new album, yet. But those who are interested can listen to Sugartown Cabaret, a band from France that give us two songs on a one sided 10 inch. The songs have the same hooks as the band from El Paso. The vocals of Mederic are totally different though. I like the color of his voice, but his timing can be better. He can’t always follow the changes in tempo of his band.

Especially in the last track ‘Two Days Only’ he isn’t spot on. In this song the band also showcases their love for Fugazi. At the start of the first song ‘The Lodger’ I immediately had to think about our very own Otis, it’s like vocalist Mario is singing on the record. Later the song turns into the direction of the post-hardcore heroes.

Both songs have the right energy and the end of ‘The Lodger’ has atmospheric guitar parts that must be heard by those who are into this style. The energy is returning in the middle part of ‘Two Days again because of the guitar melodies.

Sugartown Cabaret is a long going project of members from Amanda Woodward, Aussitot en Karysun and this slab of vinyl is their next release after two albums and two splits. The title ‘This is a Split’ is not a joke actually. They don’t share the wax with another band nor did they split up. No, on the back side of the white vinyl there is a beautiful screen print of leaves in the form of a shaped cross. Yes, it’s indeed a split, between leaves and songs.