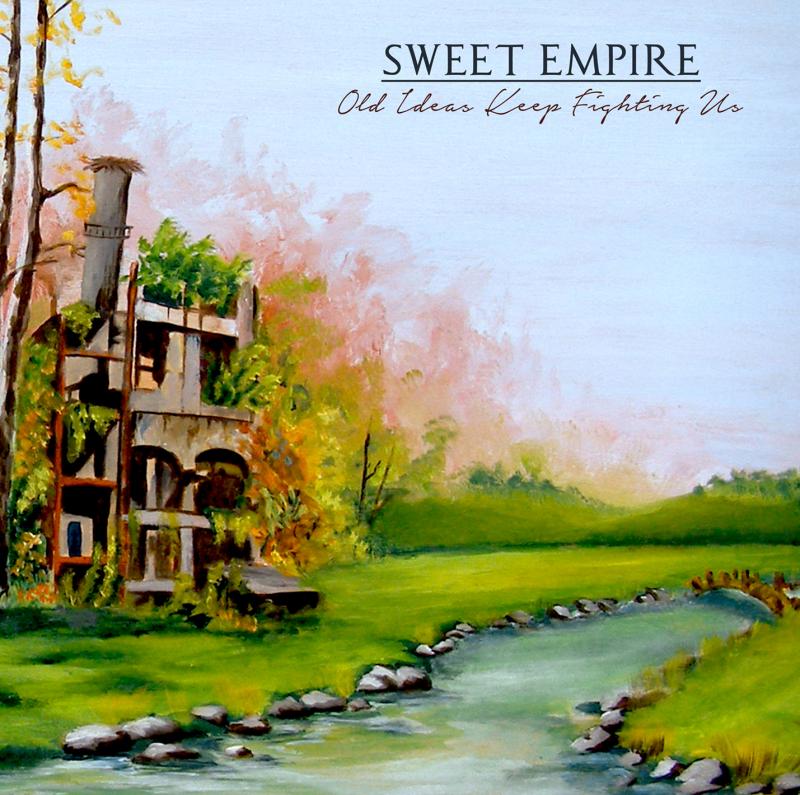 Sweet Empire is a melodic punk rock band that was founded in 2008. This year they released their second full-length album “Old Ideas Keep Fighting Us”. A while ago I came across the music video of “Unsolving Problems (In the Animal Kingdom)”, which in my opinion is one of the best DIY videos I have seen in a while. Besides that, the song gives also a good indication of Sweet Empire’s style: high energy punk rock with room for lots of melodies and catchy riffing. Lyrically you can, like the previously mentioned track indicates, expect songs that question society, politics and organized religion. And honestly, what’s a good punk rock album without being all social-critical every now and then? My point exactly.

It’s not hard to notice Sweet Empire took notes from their own punk rock heroes. The songwriting on the tracks of “Old Ideas Keep Fighting Us” reminds me a lot of bands like ALL and 1208. Dynamics between guitar and bass, interesting transitions and overall catchy as fuck. Anyone who owns records of Descendents, Deviates and Dag Nasty might recognize various elements of those bands in Sweet Empire’s music. Highly enjoyable and even though you might get the “I’ve heard this before” feeling once or twice, this album contains enough surprises to keep it interesting. Personally I think the straightforwardness in songs like “The Abbatoir” and “Rosa” is something they should definitely stick to. Those in-your-face riffs are, in my opinion, exactly what makes them more interesting than any average melodic punkband you see passing by on the bill of The Fest. Check out those songs and you’ll see what I mean.

All in all “Old Ideas Keep Fighting Us” is an enjoyable punk rock record I’d recommend to anyone who’s into the bands mentioned above. The songs aren’t too long (most of them are below or around 2:00) and there are plenty of catchy hooks that get you tapping and singing along before you even know it.