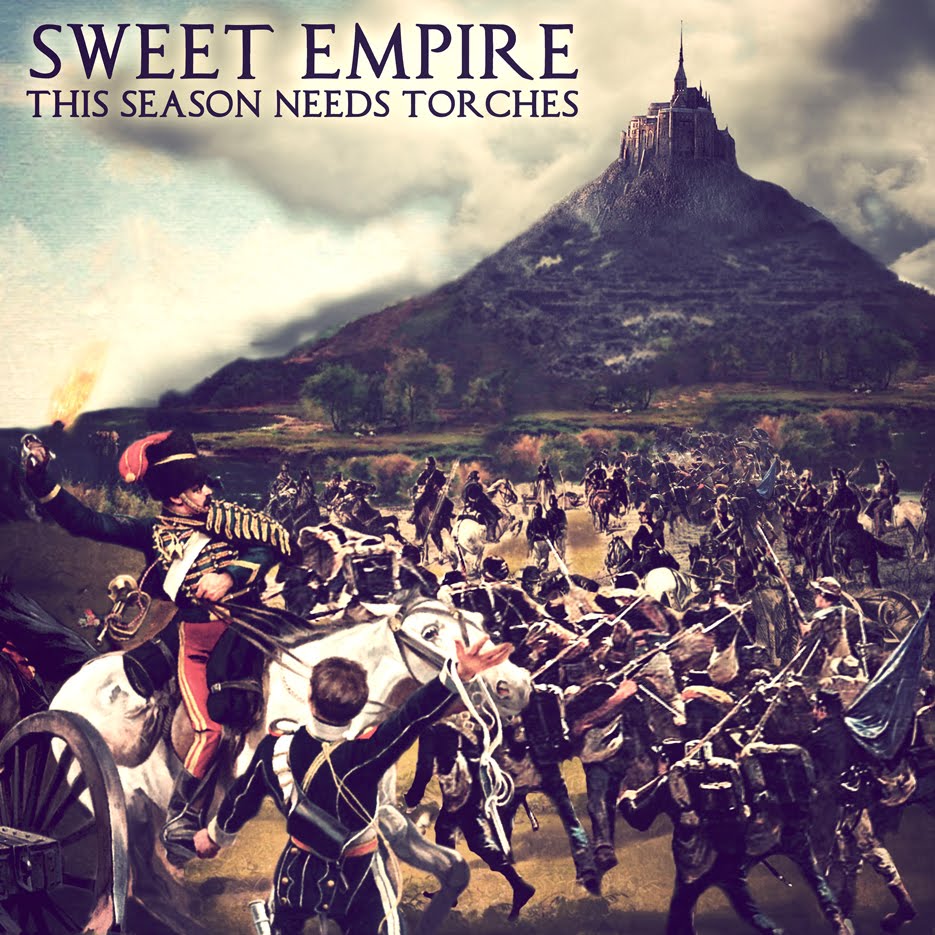 Let’s get a torch and set the whole damn thing on fire. Let’s do away with capitalism, homophobes, carnivores and more. Now that’s the kind of punk attitude you won’t find on the very first full length by Sweet Empire. Though they might agree the world needs less homophobes and carnivores and they certainly aren’t making music to receive a lot of money, Sweet Empire has a more intelligent approach to their way of saying fuck you I won’t do what you tell me. The first song for example features words like doctrine and populistic.

This Season Needs Torches is part Good Riddance-esque lyrics (the ones against the system, not the ones about girls. Plus there are some great samples on the record, which was always something Good Riddance was good at as well), part Dave Smalley’s vocals and a bit of Descendents to make everything run smooth. Though not all the songs stand out from the overkill on punkrock records, there are some true gems. Torches is one of them as well as Emma. Yet other songs are more mediocre like Apathy.

Compared with their previous 7″ the band has grown up pretty fast in how tight the execution of their songs is. Rowald’s vocals are becoming better and better as well (especially if you take his former band Pantherland in consideration, which isn’t something I can wholeheartedly recommend). Yet there’s still room for improvement on the part of writing songs that really stick. This album is so full of ideas that I get the feeling the band overstretched themselves in order to do everything they wanted to musically, while sometimes less is actually more.

This Season Needs Torches is the kind of record that you put on your iPod and whenever a song from it comes along on shuffle you pick it out of your pocket to check what band you’re listening to. However it’s not a record you will find yourself playing hours in a row.

Now judge for yourself: