Take Over and Destroy – Vacant Face 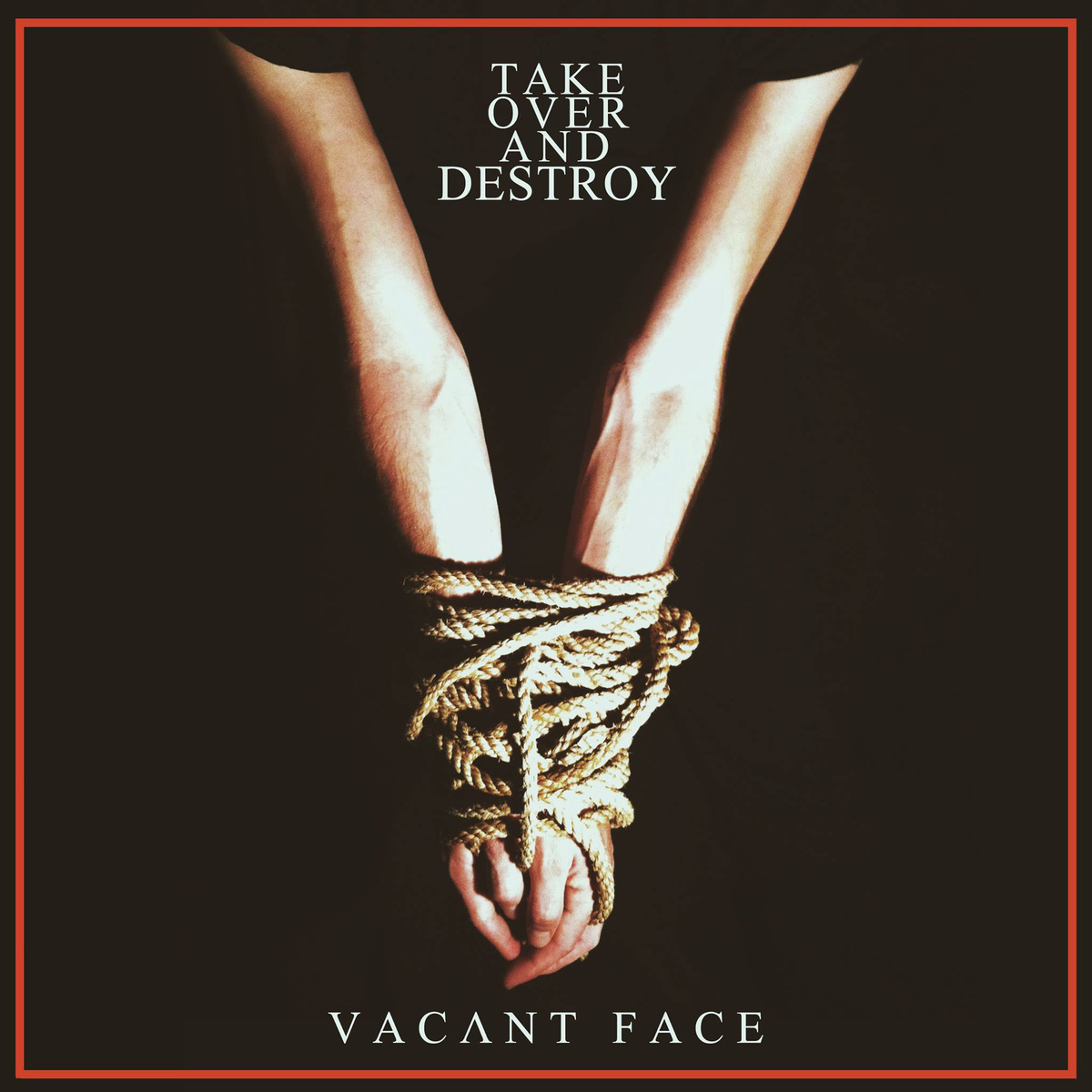 Take Over and Destroy (T.O.A.D.) from the Phoenix area, Arizona is a band with different people and influences that all find their way in the sound. From Misfits/Danzig punk/rock to heavy metal towards filthy hardcore and even keyboard influenced black metal is what you get from these boys living in the bloody hot desert of Arizona. There must be something in the air over there to come up with this mix of music.

Vacant Face is their first full length after two EPs and a split record. After all these years their melting pot of styles is finally shaped at its best. After heating up the engines the base of the songs is mostly balls out hardrock/heavy metal in “Vacant Face” and “Summer Isle” with a subtle organ sound to make it gloomy and creepier.

This hidden secret is all around in “Glance Away” and flawlessly mixes with the hardcore riff and beat while later a black metal outburst arises from the ashes. Vocally it ranges from dark post punk vocals towards to a hardcore scream or even hellish black metal screams.

The unusual mix of organs and rock and roll hardcore/heavy metal is making T.O.A.D. more sinister than other rocking outfits. As if this is not enough, guitar solos are popping in and out without giving the songs too much to digest. The base is still some grooving rock and roll, the details it’s build around will not be for shortsighted people. The six piece band is definitely not following the easy way.

Favorites of ‘Vacant Face’ are “Terminal Burrowing” and the last song “Attrition” where the ghost of The Devil’s Blood and later Watain roams. People who want the easy way will be disappointed; those who want to hear something else should take note of Take Over and Destroy. At the moment the album is only released on CD (order here), for the vinyl release Singaporean Pulverised Records just stepped in. ‘Vacant Face’ will be released as double vinyl cut at 45 rpm. 200 copies on black, and a limited run of 100 copies on blood red.

Band: Take Over and Destroy