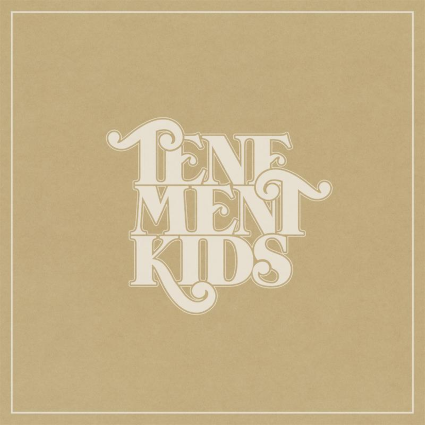 I love this band. I loved this band when they still played straight up punk rock (together with Rob I released their demo on an oldschool tape) and I love them now they ‘re playing rock and roll exactly how I like it. With an edge and lots of soul.

Back in 2010 when I heard the first demos for this record I already knew they were onto something special but it took a long time for them to finally get this out (not that I’m in any position to talk about taking forever to record something). Since we’re getting near that moment now, I guess it’s time to ask that big question: Will it be worth the wait? Expectations, mine at least, are high.

I don’t know if there’s a specific reason for this album to be self titled, but I could come up with a story about how they grew up (both musically and personally) and finally found their own sound and how this album truly defines them as a band. Makes sense to me. That doesn’t mean there are no ‘where did I hear that before?’ moments on this record. Take the ‘woo hoo’s in “Preoccupied”, that sound like they’re straight from the Stones’ “Sympathy For The Devil”. Or “Before The Flood” that sounds like a homage to “The River” (Springsteen, but you knew that right?). But if references like that are done with taste, it only adds to the record. And in this case they do.

I’m having a hard time picking any highlights, because every song has something that makes it stand out. The silent part in the first song that builds up into the catchy chorus (loving those keys & female background vocals in there). The opening riff & the quirky guitar riff in the verses of the song linked below. The part in “Preoccupied” with only drums & Gijs singing. I don’t know, I could go on and on. This record is filled with moments you’re going to cherish more and more with every play. The whole band is on fire, but since I like to pretend I’m a singer myself, that usually is the focus of my attention. And damn, Gijs has a great voice. Just the right amount of melody and grit. And great melodies too.

The production needs a mention too. As cheesy it might sound, I always describe a sound like this as ‘honest’. You know what I’m talking about right? Not too raw, but also far from too slick. The climax of that can be heard in the awesome stereo mix in “People Like To Exaggerate” that puts the voice totally in the right channel. Man, I love a stereo mix like that.

But to answer that first question (if I didn’t make myself clear already): Yeah, it was definitely worth the wait. Tenement Kids have just released one of my favorite records of 2012. So grab a calendar, grab a marker, pick October and mark the 5th. Because that’s when this album is dropping. And don’t be surprised when you start to hear people around you humming these songs. Because these songs will (well, they should) be picked up by the mainstream. They’re worth it. And let’s face it, the mainstream could use some honest tunes.

The Boys might just have been right all along when they sang “Tenement Kids gonna rule the world”.

Pre-order your copy now (there are packages including a bottle of Whisky, probably doesn’t get any more rock & roll than that)

Since no tracks from this album are available yet, here’s a track from their “Walk In, Play, Walk Out” session: