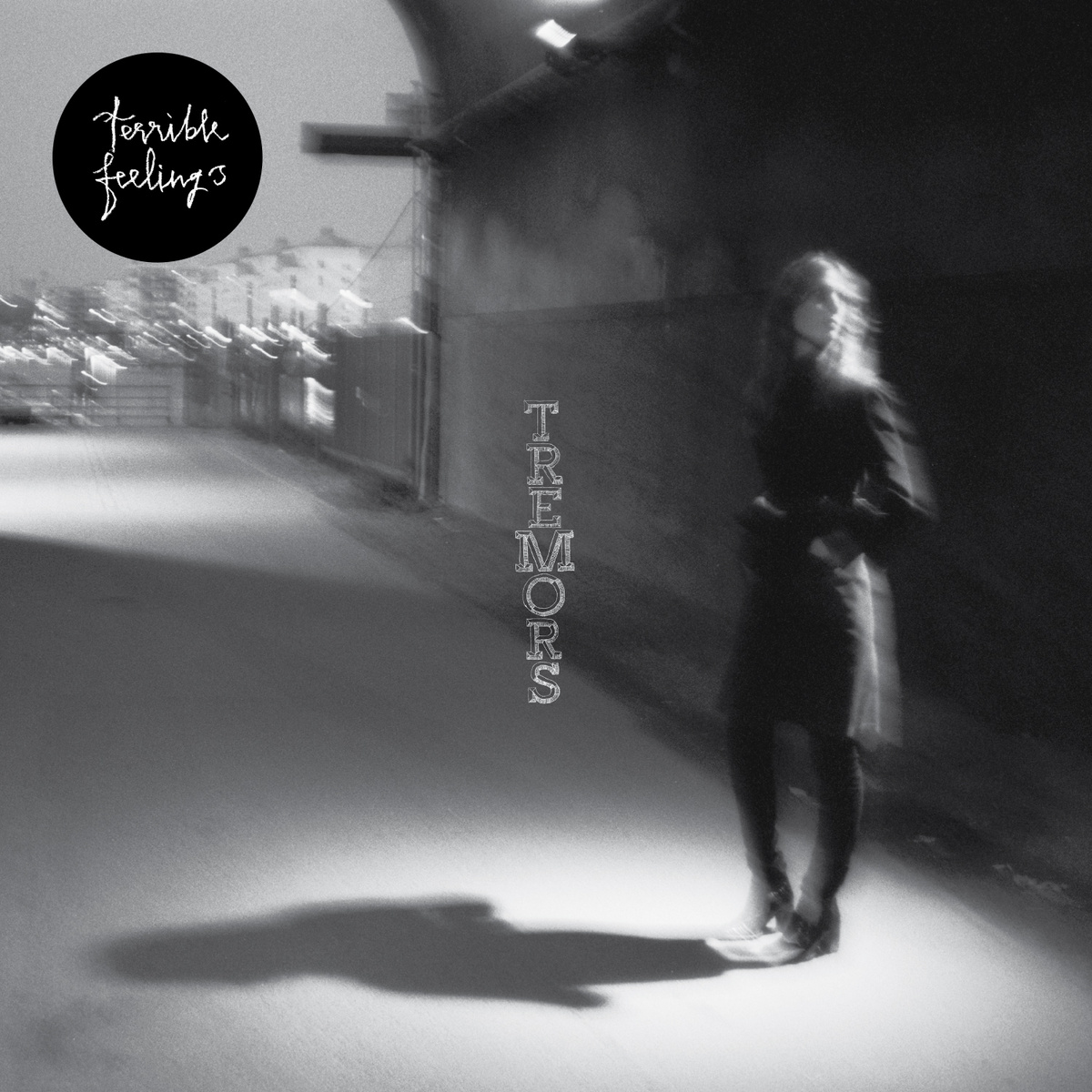 Terrible Feelings is a Swedish band that I’ve been following for some time now. I mention they’re from Sweden explicitly as they showcase that sense of melody the Swedes seem to have patented. Next to that the band has everything that it needs for me to be interested in their development: a singer that has exactly the right voice, lyrics flirting with dark imagery (a bit overly dramatic at times; starting your song singing: “Oh, the darkness of man”…), a sense of urgency and, most importantly, a gift for writing catchy songs. Having said this it should be no surprise their debut album Shadows is one of my favorite albums. You can imagine I was excited to hear there was a new album on it’s way. For me the big question is not: is Tremors a good album? No, for me the main question is: can it live up to my expectations?.

Let’s start by saying that the band has not changed it sound or formula. True, the production values have been upped a bit, making Tremors sound a bit punkier than it’s slightly more poppy sounding predecessor, but musically this is very much heading down the same path they were in the past. They still play a mix of edgy punk, power pop and new-wave (just to give you an idea). The majority of the album is more uptempo, but right in the middle you’ll find a ballad (Down the road). This time it doesn’t grab me by the throat as Rest in peace did on Shadows. This doesn’t mean it’s a bad song, it just doesn’t live up to my expectations, which were extremely high to begin with. The rest of the album does live up to my expectations though, which leaves me a very happy man!

The band still has the tendency to overdo their dark imagery lyric wise, but it’s hard not to forgive ‘m that. Both the strong songs and the charming voice of singer Manuela Iwanson help you forget that.

I’ve read comparisons to Hurula on a couple of ocasions, which isn’t too strange considering the bands share a couple of members, but Terrible Feelings have a clear sound of their own. I mentioned earlier I think highly of Terrible Feelings previous album Shadows. Tremors is not a big step forward, but it lives up to the hard task of delivering the same quality. As Tremors is not groundbreakingly different from their previous releases this will not bring them too many new fans, but it most definitely should keep their current fans happy.