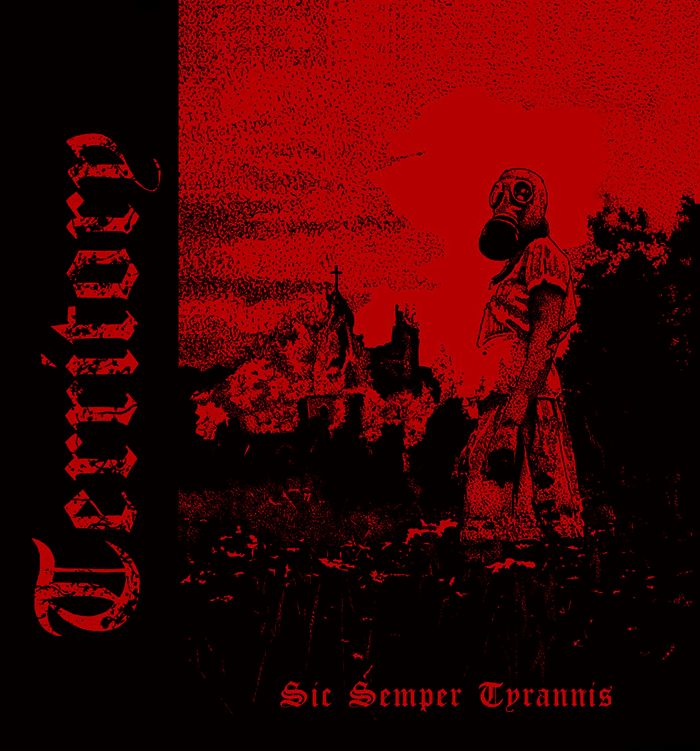 During my stay in Arizona, USA I went to Tucson to see Alpha Omega and Xibalba playing. As support Territory played an awesome set. The band consists out of four guys that are playing some sort of homage to the heritage of Ringworm, Integrity, early 100 Demons and bits of Kickback. Their album ‘Sic Semper Tyrannis’ displays the same type of brutality as their live show.

What I like about Territory is the no-nonsense fuck you mentality in the short songs. Every song is stripped down from unnecessary intros or middle parts. At the right moments a breakdown or a mosh part enters your room. The record is full of sheer aggression with a short step back in the creepy “Interfeud”.

Time to flip the record. “Blood Feud” starts with a black metal riff and ditto drum part. The song evolves into an early metalcore song Integrity wished they would’ve wrote. I really like the groove! Same goes for the next song “Throne” that rages especially due to Samuel Abate’s rough vocal lines. His voice is not a scream like Dwid or Human Furnace but is lower tuned. It feels if you are hit by a herd of bisons.

According to the online version and the track list on the back of the record cover the LP should’ve been over; what’s left is a noise/sample intermezzo before the band gives us a brutal interpretation of the Carcass song “Buried Dreams”. The guitar is lower tuned and the song receives a mosh treatment. Great surprise guys!

If you think people out of the desert can’t play some old fashioned metalcore check out Territory.