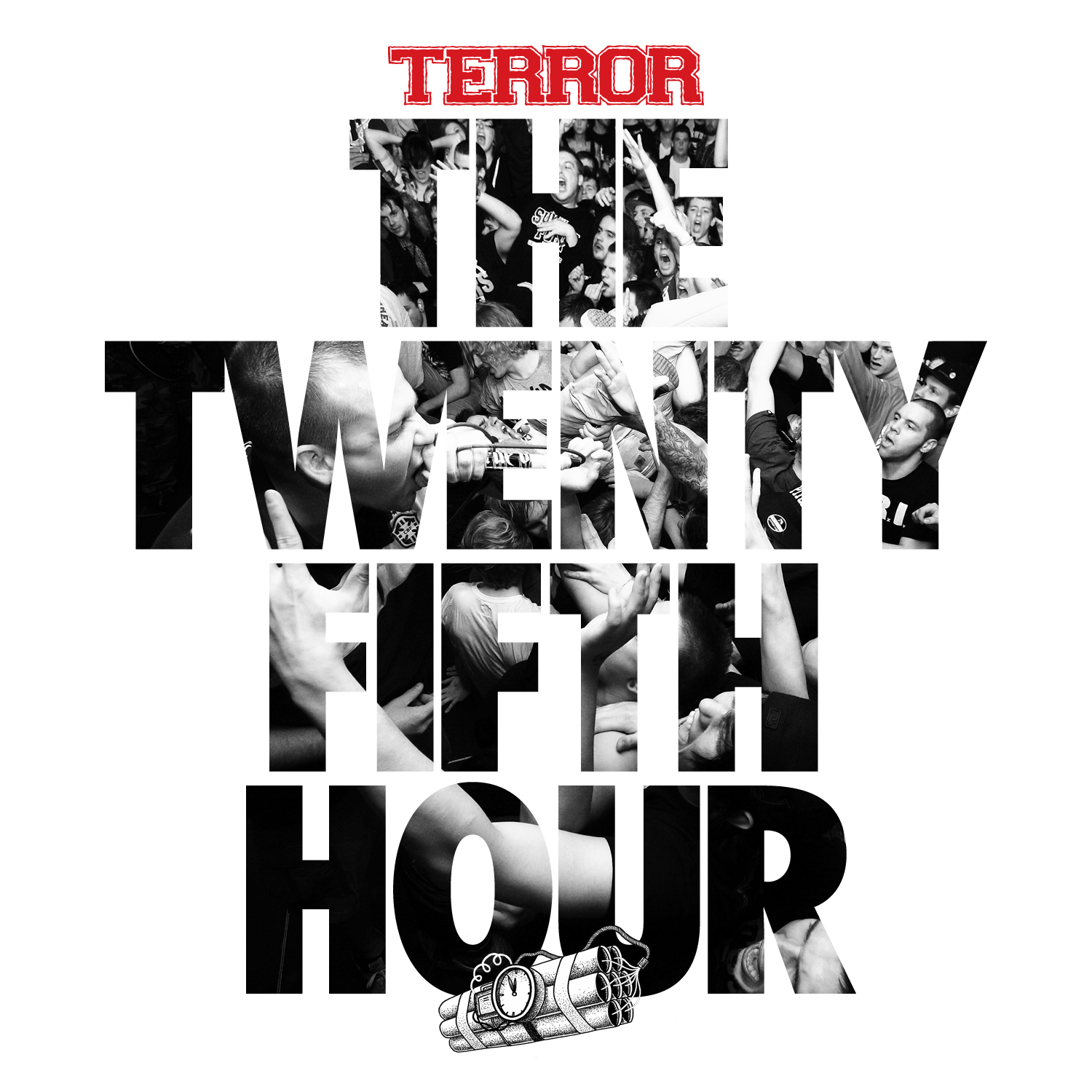 The mighty Terror has returned with the follow up to Live by the Code. According to the press sheet of The 25th Hour, “If it was too long, it was trimmed down. If it was too slow, it was sped up. If it had nothing to say, it was thrown away. Every song was deliberately manifested to exude the desperation, immediacy and passion of the early days of the band.” Read along what the band made of this promise.

Referring to the early days in hardcore is always a good thing, especially with Lowest of the Low as a starting point. Everyone knows that the band lost that ferocious speed both musically and vocally. After two (maybe three) slower albums with too many mid tempo songs, The 25th Hour does honor the promise of speeding up. Fourteen songs in twenty three minutes, most of them running under two minutes does mean a faster, more aggressive sound. And a longer one like ‘Blinded by the Lights’ sounds nice as a change of pace in this running order.

But “desperation, immediacy and passion of the early days” sadly is not found in all the new songs. Many of them sound interchangeable, not really interesting. Maybe they work better live?

This new album may be short and fast, but that is not enough to make it great. Songs like ‘Mind at War’ do show that Terror can still pull it off, but they are a rare gem on The 25th Hour.