Test Of Time – The Price 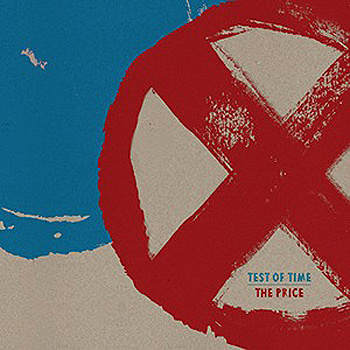 After going to shows for over twenty years and often making awesome photographs, Todd Pollock wanted more. So he gathered some friends who had been in bands before and they started jamming. Test Of Time is the result and their debut EP for Bridge 9 really fits the label: Boston Straight Edge.

The Price doesn’t start with the best track, ‘Inspired Youth’ is kind of chaotic and not as catchy as the other songs, yet it does give a good impression on the style of the band: solid youth crew hardcore with some twists. For example ‘Riptide’ features an acoustic mid-section and closing track ‘In Spite Of Youth’ reminds me of some Bane songs.

Looking back on the Bridge 9 catalogue so far the label has released some of the classic straight edge records of the past decade: Carry On’s A Life Less Plagued and Have Heart’s The Things We Carry. Yet there were some good but not really classic records like Stand And Fight and Triple Threat. The Price falls in the second category. It’s really good, yet it doesn’t give me the same feeling of for example Mindset’s Leave No Doubt.

Yet with songs like ‘Riptide’, ‘Matter Of Taste’ and ‘In Spite Of Youth’ Test Of Time shows they’re capable of writing killer songs. I have high hopes of a really great release next time.