The Bloody Hells – Why hasn’t anyone killed you? 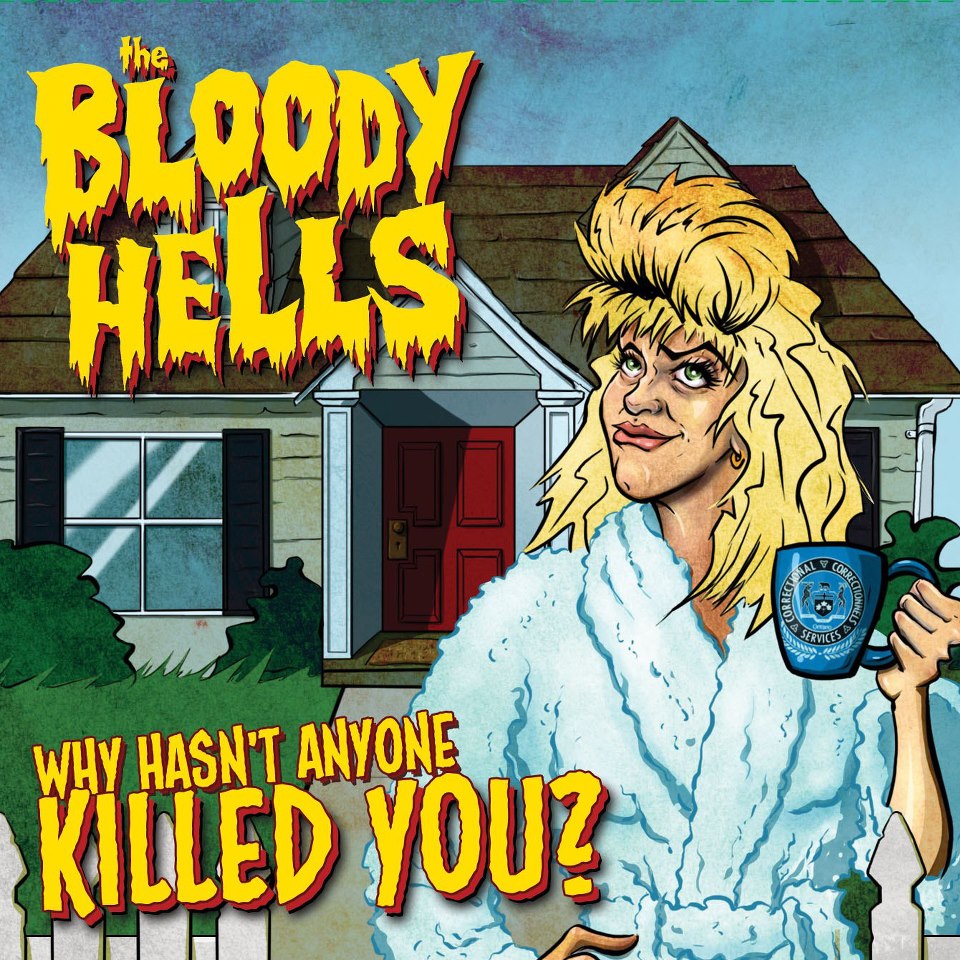 This is the kind of record that makes you literally go: “Bloody Hell!” That is, ofcourse, if you aren’t averse to such foul language. The reason for this, is that music like that of The Bloody Hells is rarely heard anymore nowadays. Why Hasn’t Anyone Killed You? is that album that makes you look back at the nineties. Back when punkrock was free and wild, full of fun… *sigh*

So anyways, we have a band here that makes us look back at the days when NOFX and Descendents where the coolest thing on earth. That’s kind of how these guys from Calgary, Canada sound. The silly, comic cover depicts what we can assume to be the suburban life that strangled so many people to the extent that they started to make punkrock. These guys seem to be a bit older, but still in love with that sound.

And so it goes, with a buzzsaw guitar intro that has the classic cover vibe of Me First & The Gimme Gimme’s, the song ‘Hey Paul’ kicks of. Lyrics like “Hey Paul, I hope you’re having a ball..”  give an idea of the idea the band has, while it speeds of and vocals are spat at the mic with a certain ‘I don’t care’ ethic to it. ‘Hey There Karla’ lets the band do the backing vocals for a bit, while high speed drumming gives the song a sense of aggression. Vocalist Chris Holley has that typical voice for this kind of music, which the band plays very well.

After a little intro the song ‘Roadrunner’ follows on the same neck breaking speed, with lyrics dealing with the cartoon character. The song is pretty raw, which is different on ‘Ain’t gettin’ easy’. There the melody does kick in, while the guitars scream. The speed is pretty high on most songs, like ‘Consider This As Well’ and ‘Hometown’. Topics are simplistic, like on ‘Mr. Hangover Hungover’ or ‘You’re such a dick’. This album pretty much just oozes fun and escaping the daily drag, making fun of the things you come across like ‘My Boss’. These guys are having fun, so should you if you choose to check them out.