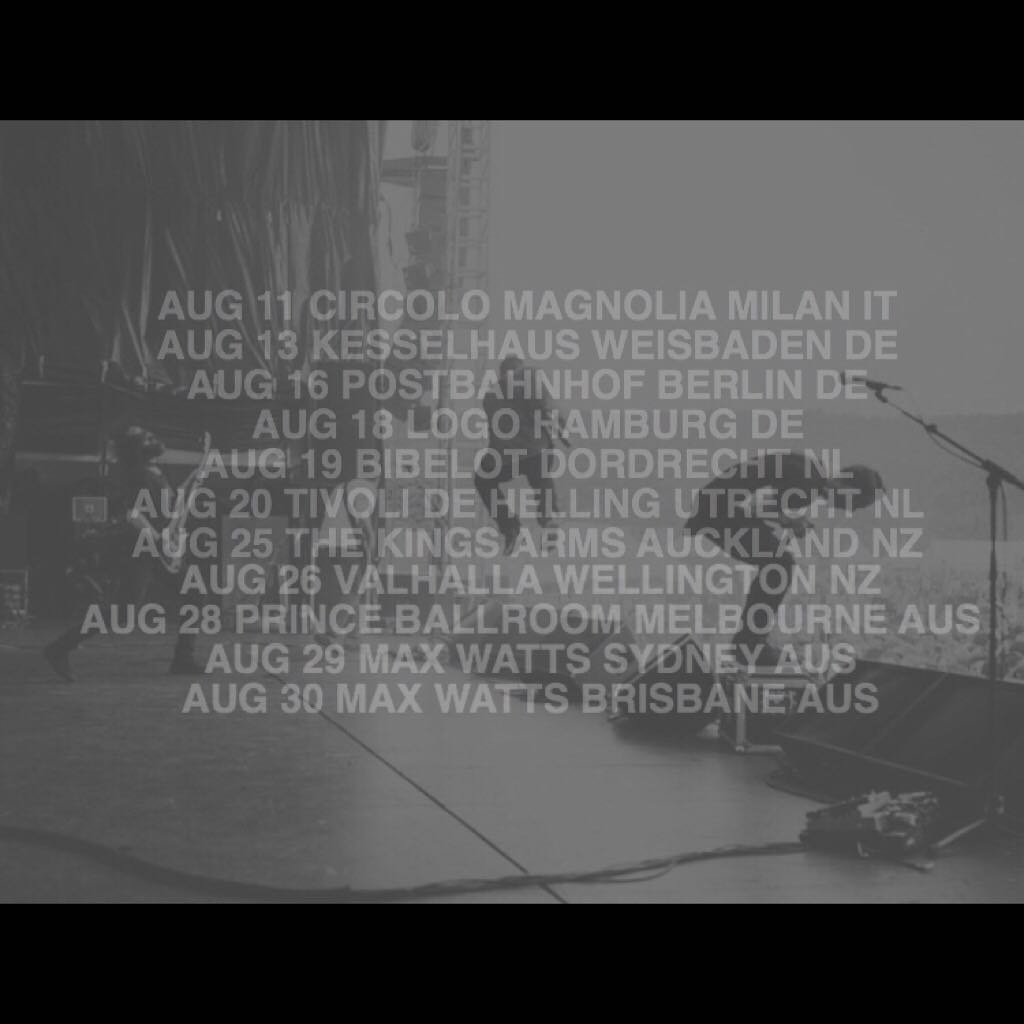 A sold out Bibelot welcomed the technical metalband The Dillinger Escape Plan during their summer tour. The band played larger venues before so maybe their popularity is waning somewhat. But that did not meant the band gave everything at their show, and the Power Stage in Dordrecht proved a perfect size for a Wednesday evening party.

Belgium’s Raketkanon warmed everyone up with thirty minutes of chaos. A great choice to serve as a support act. Maybe the set was not for everyone but the stage presence commanded attention. The band seemed disappointed with the lackluster audience but kept blasting through their songs. Heavily deformed vocals, a pounding drummer, tight guitar riffs and a shitload of electronics make for a great show. And a song like ‘Herman’ from their first album rightfully melts faces. Apart from their show, another good reason to see this band live is the fact that the vocals of Pieter-Paul Devos are not buried in the mix as on their records.

With an overload of stroboscope lights Dillinger kicked off their set with ‘Prancer’ of their latest record One of Us is the Killer.  A good logical choice but the audience let loose during the follow up ‘Milk Lizard’, probably the first singalong ‘hit’ the band had. The sound was very good, which for a band like this is essential. The first couple of rows were filled with singing and moshing fans so the atmosphere was good. In more than sixty minutes, the band relentlessly fired off fifteen songs, five of which were of the last album. And because of the slightly slowed down pace of that output, those were not always the best received songs. ‘Crossburner’ was a welcome breather after the two timer of ‘34% Burnt’ and ‘Panasonic Youth’ though, the highlight of the set. Greg Puciato and Ben Weinman are the most active members still, climbing and jumping, but the real crazy days of Dillinger are over. Despite that, and the abrupt ending, the show was really good.