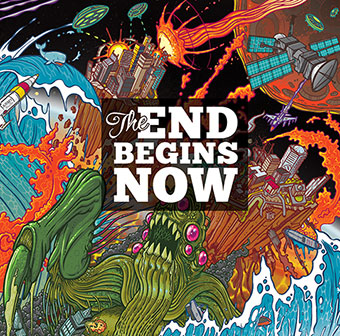 Getting into a band through hearing them on a compilation is awesome and probably the reason I don’t listen to bland guff like Coldplay or Foo Fighters and instead need darker, more malevolent musical input to scratch my itches. And by compilation don’t mean label ‘samplers’ with a single panel track listing tossed together in 30 seconds, I mean proper thought out comps with bands that have some kind of theme or common bond. This CD falls into that category, gathering together some of Pee Records harder and meaner sounding bands.

First up is Time Has Come who combine some merciless Hatebreed/ early 100 Demons style moshcore with a nod to some of the better Back Ta Basics bands from the mid 90s. Massive breakdowns and an enormous guitar sound. Lyrically they cover the standard issue hardcore topics like greed, insincerity etc. It’s pretty crushing and they set a high standard for the rest of the bands to follow.

Next up is Trainwreck (or if you listen to the bandname as given by the track ID, The Trainwrecks?!). They sound a bit like a metallic Bane with some huge gang vocals and great guitar work, but this is tarnished by over-egged double bass drumming. In fact, the drummer sounds like he’d rather be in Morbid Angel whereas the rest of the guys have the sound of an early Equal Vision type band. It’s listenable but you end up wanting Johnny three legs (or Liam Disher, according to the inlay) to reign in his uber-br00tal drumming for five minutes so that the songs can breathe.

Third we have Out Cold. No, not ‘THE’ Out Cold. Another one. I mean, in these days of the internet and accessibility of information, how the fuck can you start a hardcore band called Out Cold? I get that there’s a shortage of good band names, but it’s not like the other Out Cold (Boston, MA) were around for two minutes either. They released SIX albums, have another two in the vaults, toured Europe, Japan, and the USA, did a split with the mighty Voorhees, and you’d have to have literally got into hardcore last night after supper to have never have heard of them. I’d love to brush this issue aside and let the music do that talking on the offchance that it blew the other Out Cold out of the water, but alas despite some pretty solid and well constructed jams, the tracks are plagued by a vocalist that does that unbearable thing where he over-pronounces most of his lines and sounds like he’s inhaling when he sings. I’m sure a lot of younger kids would be into it as they do have some solid energetic songwriting which I would imagine is great live, but I just can’t get into them. 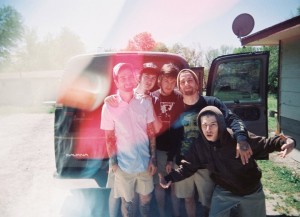 Change Today are up next and are thankfully not the posi-core band their name suggests. Musically it’s in that Unbroken/Outspoken ballpark, and I’m not sure if it’s co-incidental but they even have a production that sounds like that era of hardcore. Nothing too polished, no apparent digital effects to make the guitars sound overproduced and sterile. Just the right levels and mix to make everything come across sincerely and organically. Stand out track is ‘Cheated’ with its plodding tempo and palm muted guitar sections. Surely an explosive track to witness live. They’re my favourite band on this CD for sure. And bonus points for the band photo which makes them look like Eyehategod.

Queen City Crew are just straight rowdy, right down to the band photo that wants to leap off the inlay and mug you for your Cold As Life shirt. Again I’m reminded of a couple of the more memorable Back Ta Basics bands in the way these tracks sound and flow, and the way the two singers contrast each other reminds me of Nine Bar and a bit of Kickback. The last track ‘Not Alone’ is the best, with its awesome old school singalong chorus which reminds me of Warzone with a more modern spin.

This CD is a great insight into the heavier end of the Pee Records roster. Everyone will compare the bands differently but there’s enough contrast and promise to make it worth a good few listens.