The Evens – The Odds 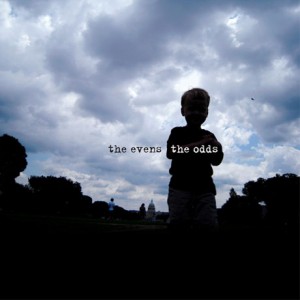 These past weeks we saw a part of ‘the scene’  blinded by worship declaring that a certain new record by a band from Washington DC with legendary status is actually worth listening too. In my opinion the musical career of that other legendary DC hardcore guy is way more interesting. Ian MacKaye’s legacy is impressive to say the least.

From Minor Threat to Embrace to Fugazi it’s always been more about quality than quantity. That might be one of the reasons for the long delay between The Odds and 2006 Get Evens. Well raising a child could be part of it as well of course. The Odds is a great return to form for MacKaye and his wife Amy Farina.

Though The Evens are a more mellow band than any of MacKaye’s previous endeavours Fugazi is never far away. Songs like ‘Sooner Or Later’ could be on any of the Fugazi records.

I was born in the same year that MacKaye started his first band. Now it’s 33 years later and tough the years of Seeing Red are long past this man hasn’t lost his anger as the lyrics to ‘Wanted Criminals’ show. There’s only a difference in the way he delivers.

And though this review is mainly about MacKaye. The Evens is a duo and the finest moments on these records are those in which both members really complement each other.