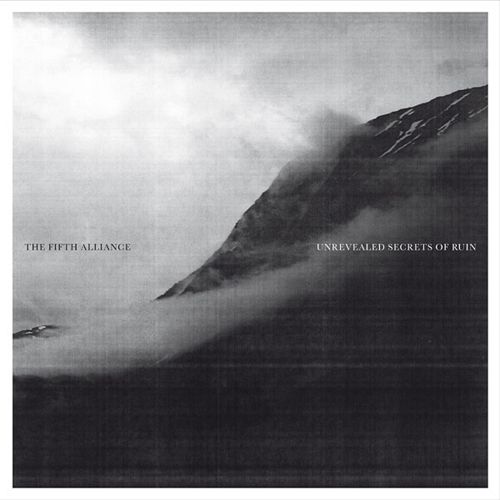 This band from Breda produces pitch black hardcore that creeps out of your speakers like a dark beast of despair. The Fifth Alliance has been around for a while and has gone to changes through the years since the kick off in 2006. On Unrevealed Secrets Of Truth they have found their sound however.

So one should picture the heavy sound of sludge and doom gushing out of what at heart is a hardcore sound based on the hectic darkness of Converge. Add to that the subtle atmosphere of Jesu, the descent into darkness of Deafheaven and the sheer brilliance of Isis and we come somewhere near the sound of this band.

‘Hollow’ opens the record with a slow pace through a dark and desolate soundscape, penetrated by the shrieks of singer Silvia. Lasting more than 10 minutes, it does not become repetitive and remains haunting to it’s very end. It’s followed by the title track, which features some blistering hardcore with pounding rhythms that are as heavy as ocean waves breaking on a brick wall.

The album continues with ‘Remniscing’, which is followed by a short ‘Intermezzo’. The first demonstrates the sound of approaching doom, which bands like Enslaved always manage to put down so well. The black metal influences are definitely there, making songs like ‘Seven Seven Seven’ sound like a harsh version of Poison The Well. There’s no clear and sublte vocals to give it a poppy flavour, just brutality and darkness.

‘Analgesia’, which is the name of a painkiller, is one of the most frantic and high paced tracks of the album. Wild vocals and rapid drums combine with sharp guitarplay, creating a wild song that also stands out. The album closes with ‘Standing Tall’, in darkness. The Fifth Alliance have release a great album, which I truly enjoyed. If you like pitchblack gritty hardcore, then please check this out.