The Ghost Inside, Deez Nuts, Stray From The Path, Devil In Me @ Dynamo, Eindhoven 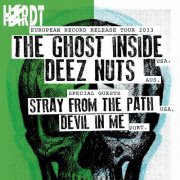 The dedicated crew at Dynamo keeps spoiling lovers of heavy music with good shows and this Sunday matinee was no exception. This being the last date on a 3 week tour, fortunately all bands had some energy to spare to make it an afternoon to remember.

Devil In Me was the only band on the bill I was completely unfamiliar with beforehand. Unfortunately, these guys from Portugal failed to impress me with their Biohazard-grooves and Comeback Kid-like melodies. Given, the band was somewhat handicapped since one of their guitarists had to leave the tour because of family issues and singer Poli had to pick up a guitar to fill in. This certainly sucked a lot of energy out of the show. The last song apparently was well known with some crowd members and the energy picked up with a small pit forming.

Stray From The Path hail from Long Island, New York and obviously draw influences from their local heroes. Their hectic alternative hardcore reminded me a lot of bands like Vision of Disorder and Glassjaw. Too bad the sound during their set was completely awful. The complex guitar work and intense rythm changes mostly drowned in one big mushy swamp of white noise. Still, songs like Death Beds and Damien were greeted with a more than decent audience reaction and the band went all in, delivering an energetic set.

Say about Australian party squad Deez Nuts what you will, these guys know how to play a tight set of generic heavy hardcore. Sure, their lyrics are about as shallow as Paris Hilton in a kiddy pool, but hey, didn’t most of us grow up on punk bands singing about getting really drunk, farts, and fist fucking lesbians? Besides that ‘Your fucking mother should have swallowed you!’ remains one of the most awesome ‘Fuck You!’ lyrics ever written. Almost the entire room singing along to the intro to Band of Brothers (with Poli Devil In Me on guest vocals, showing a bit of what DIM’s show could have been like) truly was a highlight of the day. I did expect a bit more action on the dance floor during Deez Nuts’ set, but those who were down, were down to party.

There has been a lot of talk recently about whether The Ghost Inside is a ‘true hardcore band’, mainly after Terror’s Scott Vogel spoke out against them, calling them fake (after doing a collab with Obey The Brave and touring with Emmure himself and just before signing with that once significant record label that now is content with releasing bands called Design The Skyline and Before There Was Rosalyn… Take away from that what you want). Looking at the band’s performance on this day I can only conclude one thing: to me this was a hardcore show and an awesome one at that. I can’t think of any somewhat bigger band today that radiates this much sincerity and positivity energy on stage. Stage dives galore, kids crawling on top of each other to get to the mic and sing along to anthems like Outlive, Faith and Forgiveness, Unspoken and Thirty Three. Dynamo exploded from the first minute on. Closing song Engine 45 had the stage filled with voices singing, while vocalist Jonathan Vigil decided to test the water and jump into the crowd. So yeah. They may not sound like Bad Brains or Cro-Mags, or even like Madball or Sick Of It All. But if it looks like a hardcore band, walks like a hardcore band and quacks like a hardcore band, it’s probably a duck, if you catch my drift.

Unfortunately, the day ended on a somewhat sour note. Apparently, a bunch of phones were stolen by pick-pockets in the dence crowd. Dynamo reacted to this immediately and had everybody frisked before leaving the room. A time consuming but wise decision, in my opinion. 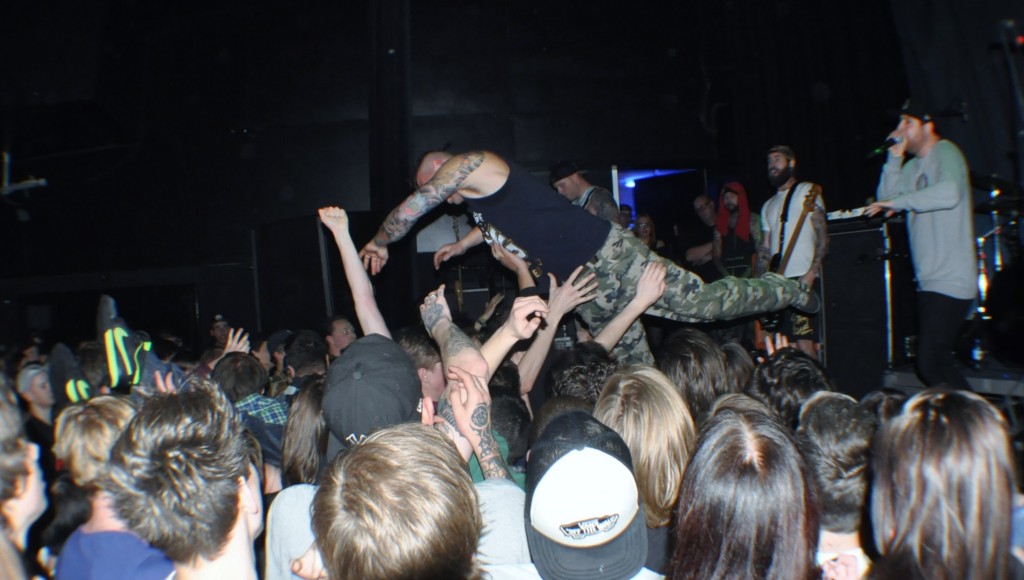 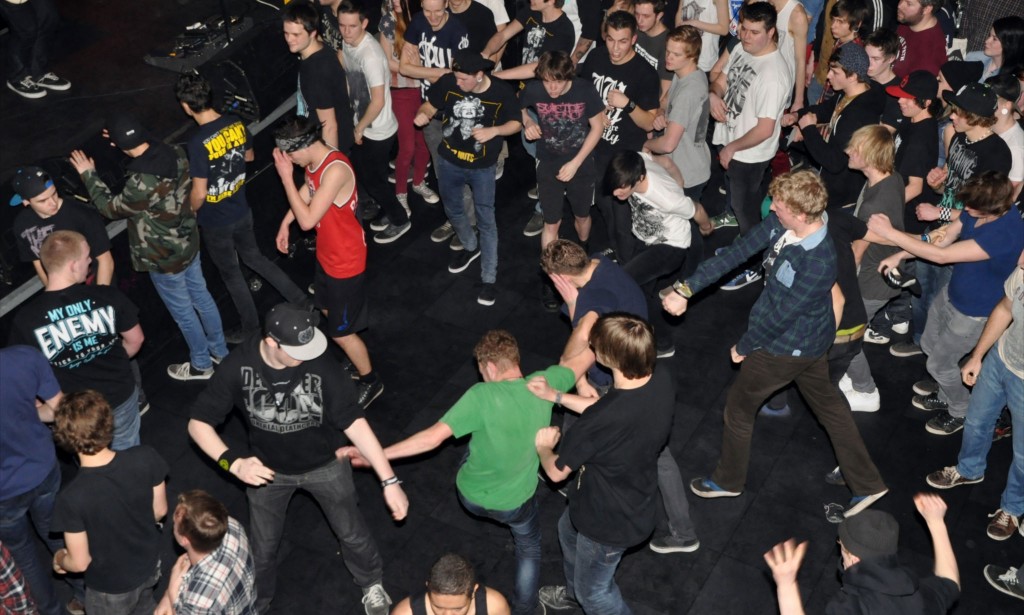 Bands: The Ghost Inside, Deez Nuts, Stray From The Path, Devil In Me