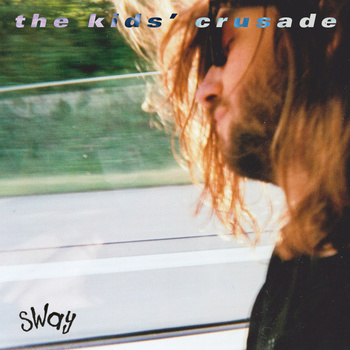 I admit it took me some time to pick up on one of the newer Dutch sensations: The Kids’ Crusade. Of course I saw Pim posting here and there about how he loved this band but he also likes bands like Underdog and Nirvana, so why should I care.

When Nico announced he was going to release an EP on Sailin’ On, that’s the moment I thought let’s listen to that demo for a bit. Nico can’t be wrong can he? I mean, the guy has an enormous Minor Threat collection. He must know what he’s getting into if he releases a new band.

So here’s Sway, the debut EP from this band which shares some members with This Routine Is Hell. For those not in the know The Kids’ Crusade isn’t anything like one of the best European hardcore bands at the moment. Think Jawbreaker, Title Fight and yes even a bit of Nirvana. That should be pretty close to the sound of The Kids’ Crusade.

I guess it’s not the kind of music every hardcore kid will enjoy. It’s vulnerable and doesn’t rely on the predictable mosh parts. But it’s good. Pim was right. Get these guys some shows with Title Fight and let the world join The Kids’ Crusade.