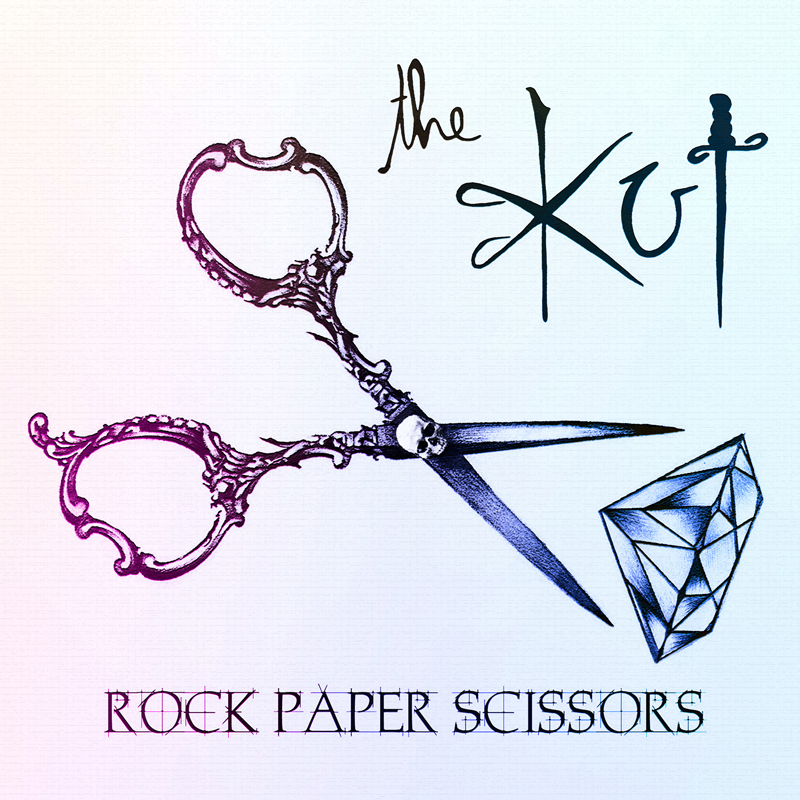 Not long ago I reviewed a promissing EP by Brittish band The Kut. The band is back again with four more songs on Rock, paper, scissors. The song I like most on their previous effort, No trace, was also the last song they wrote at the time. I had high hopes for material to follow because of that. Their new EP, is in that regards a bit dissapointing. The four songs do not follow up on No trace as I hoped. They are basically all over the place. A rock-song, a grunge-song, a song with a britpop inspired riff and a more punk inspired song.

Such diversity could be a bad thing. The Kut makes it sound like a coherent EP though, which wins me over to liking this EP. Most important aspect binding their sound together are the powerful and diverse vocals of Princess Maha. She adapts her vocals to the style played but sounds very natural and consistent overall. A bit less consistent is the quality of the songs. Two songs are outstanding, two songs are ok. Perhaps the band is a bit too soon with releasing Rock, paper, scissors. If the band would write songs as good as I want you maniac or I don’t need therapy the band would have released a winner. Now the other two songs are holding the EP back a bit. I can recommend checking out the video’s the band is making for these songs.

In the end I can only conclude the band is still very promising. I wonder what they will come up with next!