The Living Daylights – What Keeps You Breathing 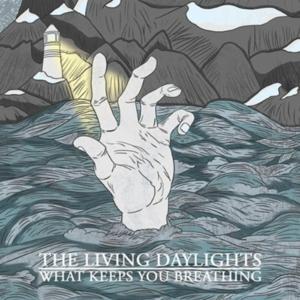 The name is Bond, James Bond. 1987’s James Bond movie The Living Daylights was the first movie with Timothy Dalton starring as 007. Dutch actor Jeroen Krabbe played the movie’s villain (the movie was made right before the end of the Cold War so the villain was a Russian General.) The movie receives a fair 6.7 on IMDB.com.

The Living Daylights are also a band from the UK who play catchy poppunk. Before Title Fight there were already bands with roots in hardcore making waves in the poppunk scene. Early Saves The Day and The Movielife are examples of bands like these. The Living Daylights remind me of The Movielife without the later and typical Drive -Thru sound or early Saves The Day but a bit more punk. Especially singer Danny Harrison’s voice reminds me of Chris Conly (Saves The Day) on some of the songs.

The record starts of strong with ‘It Starts In Our Heads’ and gets on going with some fine punktunes. Still the songs have their dull moments. They tend to go on for half a minute too long. Though the band sure knows how to write good songs, they seem to have a problem with where to end them. This doesn’t mean I rank ‘What Keeps You Breathing’ less than people rank the movie on IMDB.

Timothy Dalton’s debut as James Bond will never be seen as the best Bond-movie ever. ‘What Keeps You Breathing’ also will not go into history as the one record that turned the whole music industry upside down. But just as The Living Daylights is an entertaining movie to just sit and enjoy, ‘What Keeps You Breathing’ is a pretty good record to listen to if you are in the mood for some good poppunk.