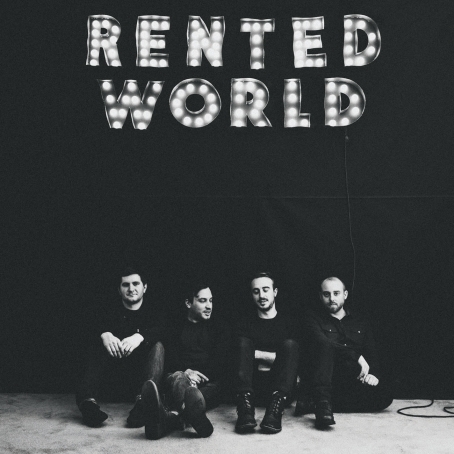 On The Impossible Past, the previous record from The Menzingers was one of the better, if not the best punk rock album of 2012. Logically I had high expectations for Rented World. In Remission, the first leaked track of the new record sure lived up to my expectations and record opener I Don’t Wanna Be An Asshole Anymore sure is a vintage Menzingers song. Too bad things get worse from there.

Bad Things is not a fist in the air, stamp with your feet punkrock anthem but slow and introspective song. This is not what The Menzingers are good at. Rodent has a bit more power but lacks the quality song writing so abound on On The Impossible Past. Fortunately Where Your Heartache Exists is another solid Menzingers anthem but after that the only really good song is In Remission.

That makes three good songs out of eleven. Not enough to come anywhere close to On The Impossible Past or to compete with the new Lawrence Arms or Against Me!.

Rented World sounds like the record of a band trying out new things and losing grip on what made them so good in the first place. The three standout tracks would have made for a brilliant EP. The rest of the songs are mediocre for Menzingers standards.