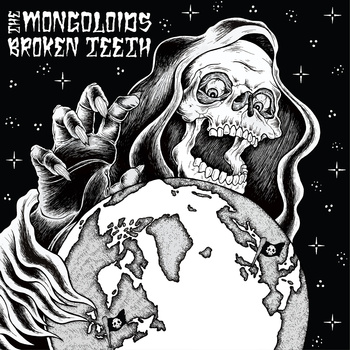 The Mongoloids start out with a pretty cool metallic hardcore riff but personally, the most interesting part is the fact that their vocalist, Greg Falchetto sings in a great way. His range isn’t too broad for a hardcore singer but the catchiness is huge, while he retains his Lemmy posture. Both songs are pretty cool, with a solo here and there whilst not forgoing the straight edge breakdowns. Sadly their side is over before you know it.

Broken Teeth have a rawer sound, harking more towards simpeler styles of hardcore, but including some crossover influences. Relying on sheer force, the band does honor their name. But the songs are less interesting than those of The Mongoloids and if it were to be an entire album it would bore quickly.

If you like your hardcore mixed in with some metal, this is the right split for you. But the Americans win this round with overwhelming numbers.