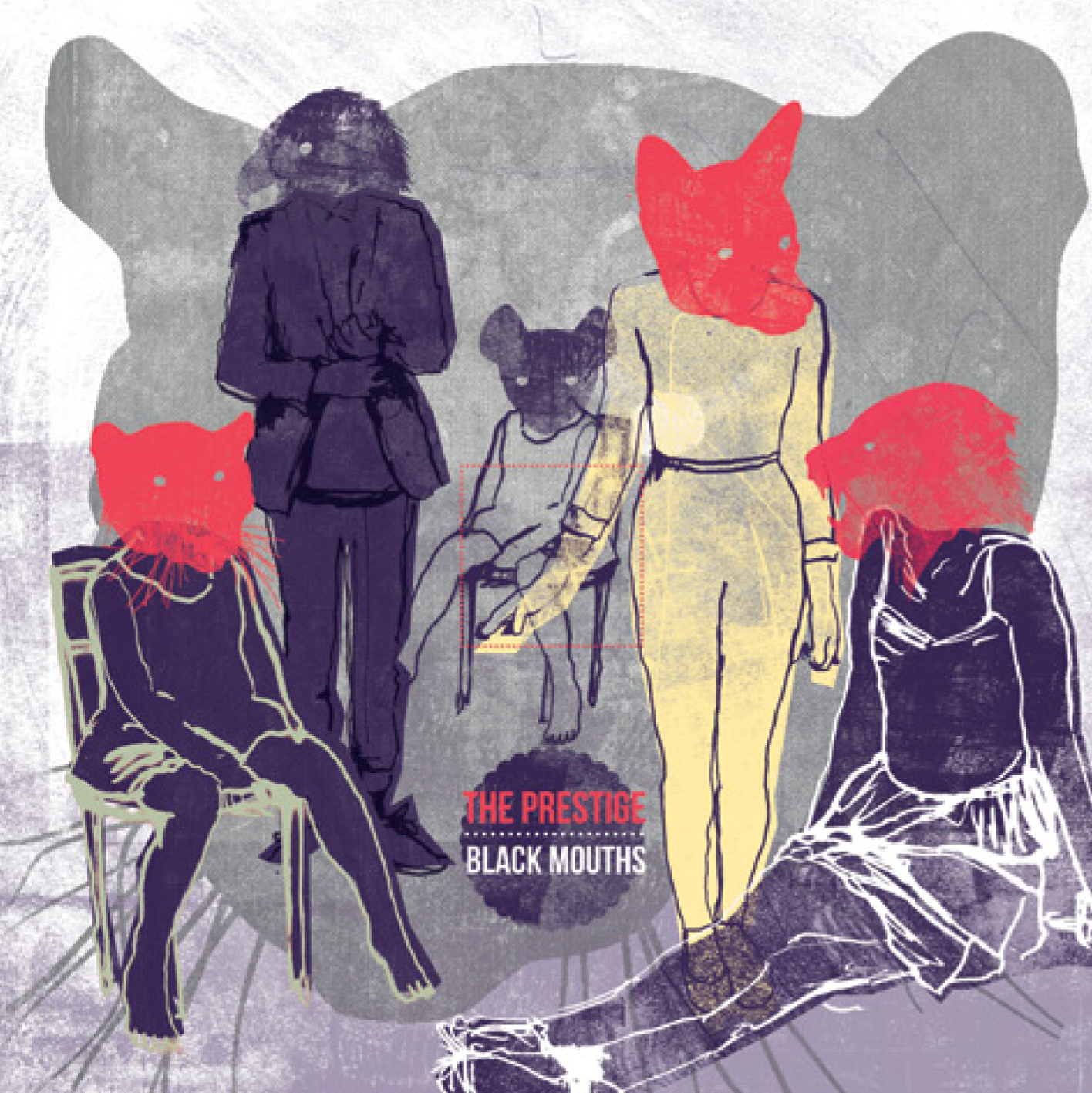 With the art nouveau cover, the fancy biography, the name The Prestige and the title ‘Black Mouths’ I expected a hipster metalcore band that played their songs according the latest standards. Hell, I was wrong, The Prestige is a posthardcore/screamo band that loves to record their songs in an organic lo-fi way and actually knows what kind of music Fugazi makes. They mix it with the hectic sound of The Chariot or Every Time I Die and what they ended up with is a totally original record in a not so original genre.

‘Black Mouths’ is the second record after the EP ‘A Series of Catastrophes and Consequences’ in 2009 and fans of Every Time I Die, Norma Jean and The Chariot should take notice. With the genre rising up again this record is coming just in time to shake up France (the band operates from the capital Paris) and the rest of Europe. Listen to “Burn Down Vegas” and imagine a band that totally loses control on stage and is smashing everyone in the venue with their energetic version of hardcore.

On the album you actually hear how a guitar sounds and with the use of a basic drum kit you hear the natural beat. So on this record there is no huge plastic wall of sound (thank god for that!) to cover up mistakes. Instead, there is the right organic vibe to install these songs into your brain. After the energy in the first four songs I am impressed by the laidback vibe in the instrumental “Pluie” that almost has a folk flow. The loose structure at the end of the song embarks the beginning of the second part of the record.

‘The Never Ending End” kicks in as The Chariot does on their records. However the middle part of the song is pretty Refused influenced and also a postmetal riff not unlike Cult of Luna comes around.  The song “Backward” works out great with the same recipe and ends in complete chaotic climax. As you see the variety is big and with a bit of fantasy you can say ‘Black Mouths’ is the “Shape of Punk to Come” of 2012. Not really of course, but I hope you get the idea. Lots of creative ideas are melted in the structured songs; these are put in the right order so the record doesn’t lose your attention for the forty minutes.

Decide for yourself what you think about The Prestige by listening below. I hope you also will be surprised by this new, unknown band.