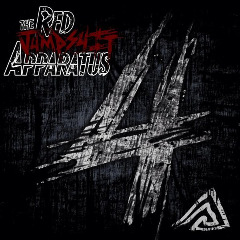 The Red Jumpsuit Apparatus is a harshly underrated band. The act that hail from Florida have garnered an avid fan-base since their inception in 2003, but they’ve never really been hailed properly for their ultra infectious rock. Now the band is back with 4, a record that punches the buttons of justice. The album is a note of emotion and drive, a piece of grandiose work. It’s still a shame though, that this opus hasn’t received the attention it deserves, it came out on the 4th of July with no media scrutiny. But, it doesn’t mean the album is an unlucky contribution to add to the collection.

The work is emphatic and bleeds through like blood on a bandage. The vocals are rough at times, then they calm down, offering a sincere and subtle contrast. The guitars don’t buckle or become distorted, there is a clean finish. Lead singer Ronnie Winter sings out his feelings of repent against a love that has dug too deep into his mind, he thinks about suicide, but he says it’s not his style. The album reflects on damage, it describes upheavals and hardships.

The track The Right Direction showcases love being warmed up from being frozen. It’s different from the other songs, there is a sense of optimism running through its bloodline. The guitar and drums add depth to the song. It Was You asks the question of love. Winter sings with a bellow, piercing his normal lyrical prowess adding more sincerity and charm to his already obscure wordplay.

Not My Style goes back into the realm of pessimism. Hitting the inner core of sadness, there isn’t much to be had. The guitar sequence is simplistic but works well with the empowering vocals. I Know, Right? Is fast paced and light on the negativity. But the record is deeply engrained in the after taste of love.

The Red Jumpsuit Apparatus have created an accomplished record that’ll excite the fans. It’s still a shame that this band don’t revel in the stars.