The Smith Street Band – Throw Me in the River 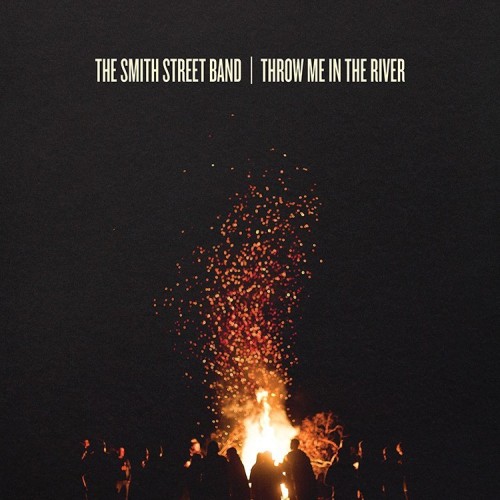 After the 2013’s excellent Don’t Fuck With Our Dreams EP, The Smith Street Band are due to unleash their third full-length Throw Me In The River. This strikingly honest album finds The Smith Street Band expanding their trademark style to incorporate new influences, while remaining true to the core elements that made them so beloved by fans.

Each track on the album is “a different locale that the band has toured through in recent years” – Melbourne, Calgary London, Winnipeg- and their folk-punk sound is more dynamic than ever. This album is not just a product of new experiences. Above all the former Wil Wagner & The Smith Street Band feels more like a cohesive unit. Wagner throwing his all into every heavily-accented word, while the other band members Hartney, Fitzy and Cowburn get to occupy more space in the band’s sound. The rhythm section functions as a core component of each song’s structure.

Raw honesty is integral to the penetrating effect that The Smith Street Band’s music has. “every inch is always itching unless I’m on stage”, “for he first time in my life, I’m smiling when I wake” and “you don’t have to surrender if you don’t want to” strike the listener within the first minutes of the album. Brilliant lines run through the album. From a list of things sacrificed for a life on the road in “It’s Alright, I Understand” to “I know I fucked up, I know I’ve done wrong. And you deserve more than another fucking song. But bleeding isn’t what I came here for” in “I Don’t Wanna Die Anymore”. This is about, in spite of all personal failures and insecurities, finding something in life you can truly believe in: music.

Whether it be creating an introspective tone in the impassioned opening lament before exploding to life while screaming, “All I ever needed was something that I could hold in my hands”, or Will angry verbalizing mortality confessing “leaving isn’t what I came here for”, or the closing track “I Love Life” echoing the beginning before cutting to black, this unashamedly honest and passionate grab-life-by-the-balls- because there’s nothing else you can do record needs to be heard.