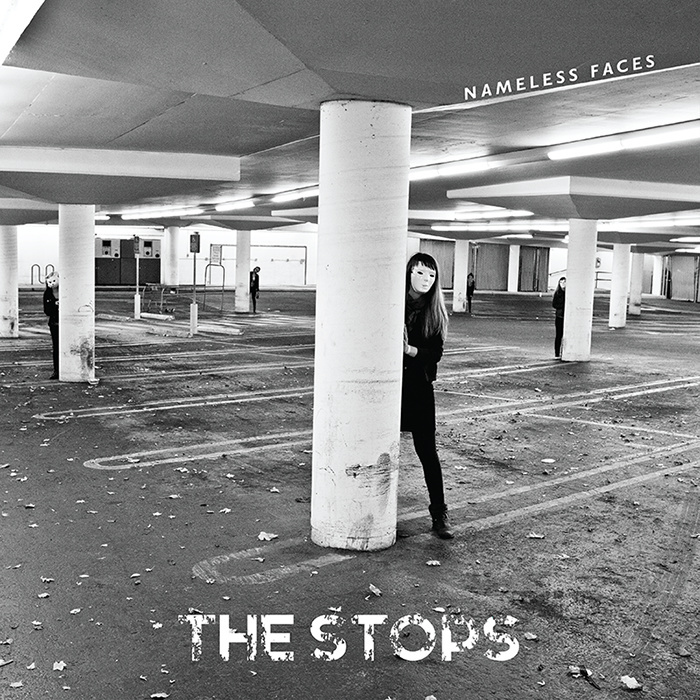 Sabotage records is providing us with some top notch music this year. Just look at Terrible Feeling’s great new album or Daily Ritual’s new outing. The Stops can be added to this row with their impressive debut album Nameless Faces.

The Stops are an all female band from Portland. Last year they released a demo and now they’re back with their debut full length. This album is recorded in the Red Lantern studio where Adam Becker made sure they got just the right sound. Every instrument has space to breathe which makes the sound very powerful. A sound that can be described as very melodic punk rock with strong vocals. The Stops have included a dark romantic feeling in their music that reminds me a bit of Terrible Feelings, although The Stops are more punk than that. Mix equal parts Terrible Feelings and White Lung, that should give you an idea of what to expect. The band sounds very energetic and sincere on this recording. A big pro in my book! A minor downside is the vocals that are a bit shaky at times. Lizzie has just the right voice for the genre, but at the same time is also a bit limited. Fortunately she deals with this the right way and never forces her voice.

If you’re into the other bands mentioned in this review I strongly suggest you check this album out. If you enjoy it I’ve got some good news for you. The band recorded two extra songs while in the studio for an upcoming split with Daily Ritual. You’ll have something to look forward to after this sweet, but short album.