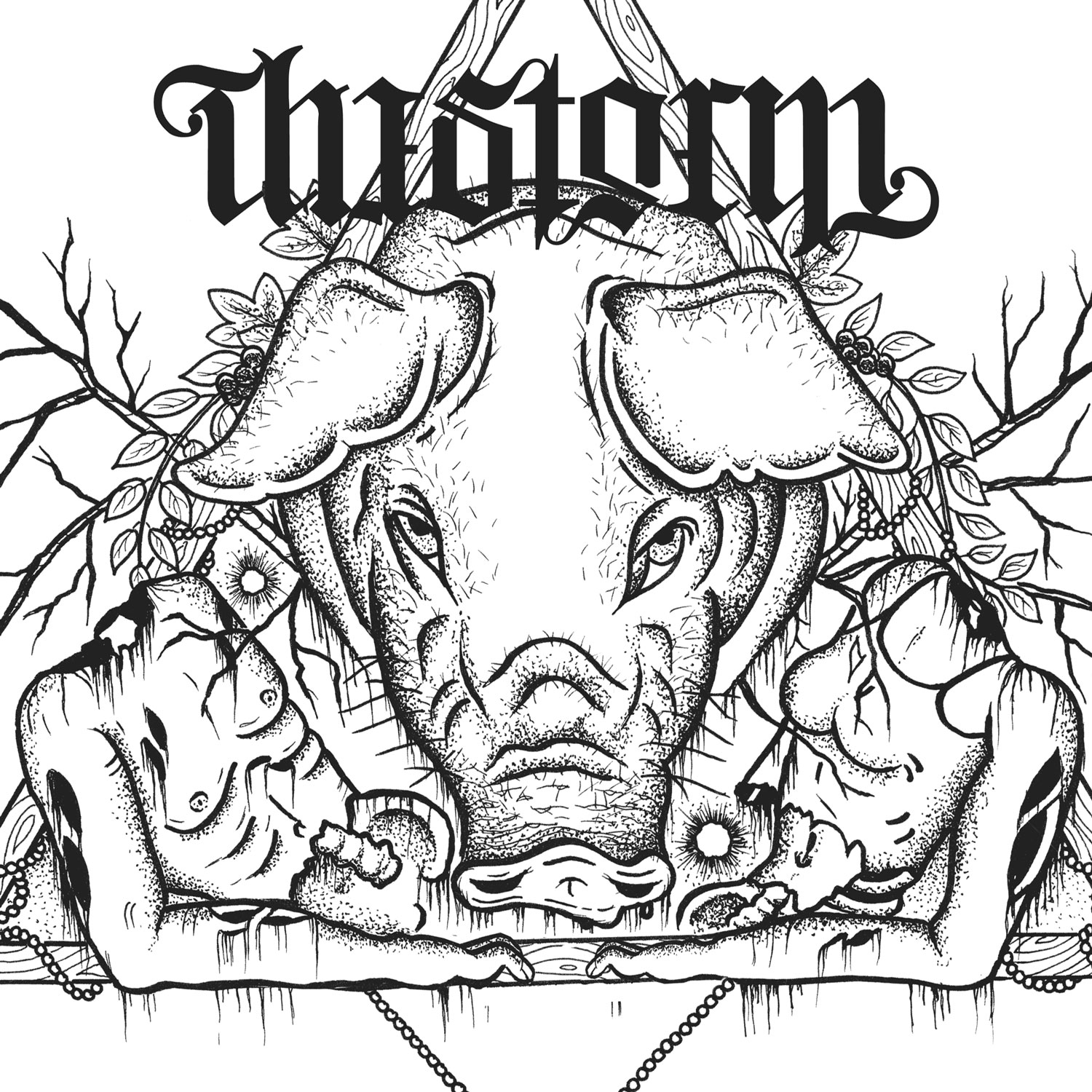 It takes some deciphering to figure out this release is the s/t record by The Storm, their debut on Powertrip Records back in 2011. The 7″ was recorded in their hometown Bad Liebenwerda by Johannes Krause. The band is part of the regional scene near Dresden that includes bands like Built On Trust, Light It Up and of course the more well known Risk It!

Taking their name from a Judge song, the band calls itself a vegan hardcore band and just like their inspiration they have some opinion to voice in their music. Other bands that influenced them are the Cro-Mags and Trial. The Storm sounds intense and angry on this nicely designed release with three songs.

However, the sound that comes out of the speaker when the needle hits track one, is raw and blackened and sounds like it also draws some inspiration from black metal with downtuned guitars, heavy distortion and atmospheric tapestries of noise with heavy, hoarse vocals blurting over them. The track seems to deal with the theme of witch hunts, which is kind of given away by the title ‘Witch Hunt’ and lyrics like; “In every hand lightning fire, burning wood that will never expire, kept so strong with your desire to burn the witch and will never tire.”

The blackened sound is more in the vein of Nighthag or Full Of Hell at times. Especially ‘Eye Of The Fowl’ takes on a gloomy, dark sound that has some doom influences to it. A more hardcore vibe shines through on ‘Two Faces’, which has that two step rhythm and pounds away. The lyrics are a bit hard to grasp due to the sloppy English. ” Spit off your chemical drugs. Don’t you see how much it sucks. Two faces you need to show your inner voice.”