This is Hell – Black Mass 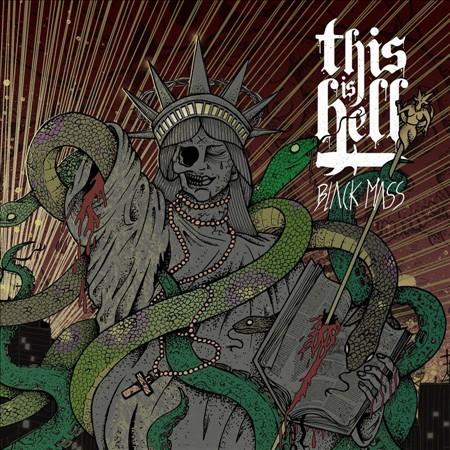 Most people who listen to current hardcore have at one point heard of or seen This is Hell.  A band that seems to perpetually be on tour, This is Hell has managed to release a good deal of music in their time as a band.  The band’s newest effort, Black Mass, comes to us courtesy of Rise Records.  This records seems, at least to me, to have gone under the radar a bit in 2011.  This should help to give everyone who may have missed this record a little insight into This is Hell’s newest release.

The 10 song LP builds on the trashier sound the band had been testing in previous releases.  In a recent interview with SWNK, the band’s guitarist mentioned their intent to expand on this sound with their current offering.  You get a sense of this thrash and metallic direction right away as the band opens with the song Acid Rain.  The bands familiar fast guitar riffs and heavy kick drum patterns catch you right away.  The song speeds along and breaks into even heavier guitar riffing.  The guitars don’t let up throughout the record, transitioning into riff after riff breaking only for some solos along the way.  At one point, the band does pause for a second to open the song Black Mass with a doomy acoustic intro.  This lasts about 20 seconds before the band is back throwing more heavy guitar in your face.

With a trashy/metal record bands run the risk of the songs getting repetitive, although, on Black Mass, the band finds a way to keep the record interesting and steers away from formulaic trash record. This is Hell has definitely cultivated their own unique sound with this record.  The sound on this record is a nice break from a lot of recycled trends and amateurish bands that seems to be found in a lot of hardcore today.  Eventhough the band has been together for some time now, Black Mass gives the impression that This is Hell is still passionate about what they do and spends time crafting a sound and a complete record rather than just throwing a few songs down on vinyl every six months.  If Black Mass flew under your radar and you have been a fan of previous releases, this is definitely a record to check out.

Band: This is Hell