This Routine Is Hell – Howl 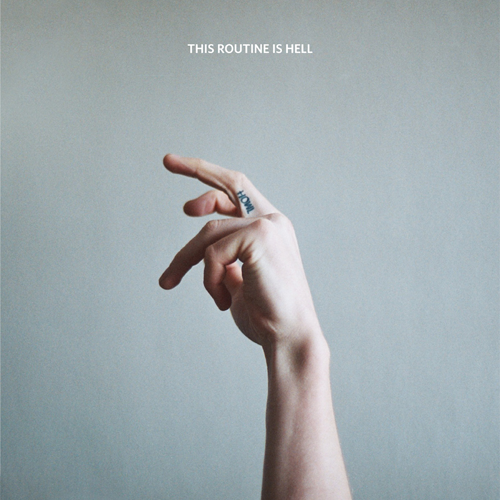 ‘Enough is enough is enough is enough’ are the first words on Howl the new full length from This Routine Is Hell and the follow up to last year’s Repent. Repeat.. That record was too short and not experimental enough for my taste. I’d say I didn’t have enough. So when the first tracks of Howl went online I was elevated. Especially ‘Asleep’ sounded awesome.

Yet as much as I believe in the integrity of these guys they wouldn’t be the first to give away their best material hoping to lure in as many people to buy their new record. Which leads us to Howl, recorded and produced by Kurt Ballou (Converge).

Howl is definately a new peak in This Routine Is Hell’s output. It’s more catchy, experimental and diverse than anything they’ve released so far. There are bits of Modern Life Is War here and there for example in title track ‘Howl’:

It feels like recording with Kurt Ballou put extra pressure on the band to focus and deliver. The whole record sounds more compact and thought out. It all fits together. The guitar parts sounds awesome and Noam’s vocal delivery is spot on, but let’s not forget the pretty creative drumparts here and there and that bass groove that’s around on tracks like ‘Howl’ and ‘Asleep’.

By now the band has shed their influences of Paint It Black and have come up with something they can proudly call their own. Amidst the chaos of life in 2013 there’s Howl. It’s the best soundtrack for destruction and protest any generation could wish for. It’s direct, inventive, catchy and oh so good.