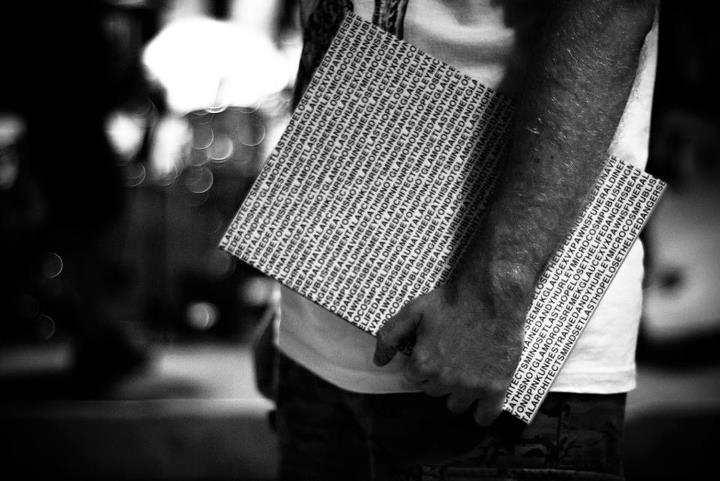 I’ve had heard about Tigersuit zine before, but I never saw the actual zine. Could have been because it’s from Bulgaria, which kinda feels like it’s the other end of the world (I know it’s not). Or maybe because the first 3 issues were totally in Bulgarian. And my Bulgarian isn’t exactly top notch. When Mitko got in touch for a review on SWNK I was pretty curious to see what was brewing over there though. And it’s never a bad thing to receive new zines.

Took a while to arrive though. And when it did, half of the zine was water damaged. Luckily PostNL (the great Dutch postal company) included a “sorry” card. Such a splendid company. Great service, really well organized and they’re practically giving it away. I hope you picked up on the sarcasm there…

So, Tigersuit #4. What do we’ve got here… Well, half of the zine (111 pages in total)  is still in Bulgarian. So euhm… That part looks good? I’ve got to hand it to them, the whole lay-out looks really good. Clean stuff. Reminds me of the Law & Order zines. And that’s meant as a compliment.

The English pages begin at page 65. There are interviews with Death Is Not Glamorous, Lose The Life, Dangers, Beau Navire, Remek, Glauce (Hurry Up! Records) and Funeral Dinner among others. Good sized interviews, lengthy answers. There’s also a couple of columns, including one by Staffan Snitting about X-ing up and a column from the perspective of a lab animal. All really well written.

If your Bulgarian is better than mine there’s also interviews with Beyond Pink, Unrestrained, Andy Hurley (Fall Out Boy), Chris Bavaria (Mindset) and much more. But then again, if you’re from that area you probably already own this zine. Wish I could those parts too though!

All in I can be pretty short on this one. Good content, good looks. What else do you need? Maybe more English pages, but hey, it’s great as it is. Go pick it up, it’s worth it.

Pick up the zine