Together – Of Life And Love And Some Things In Between 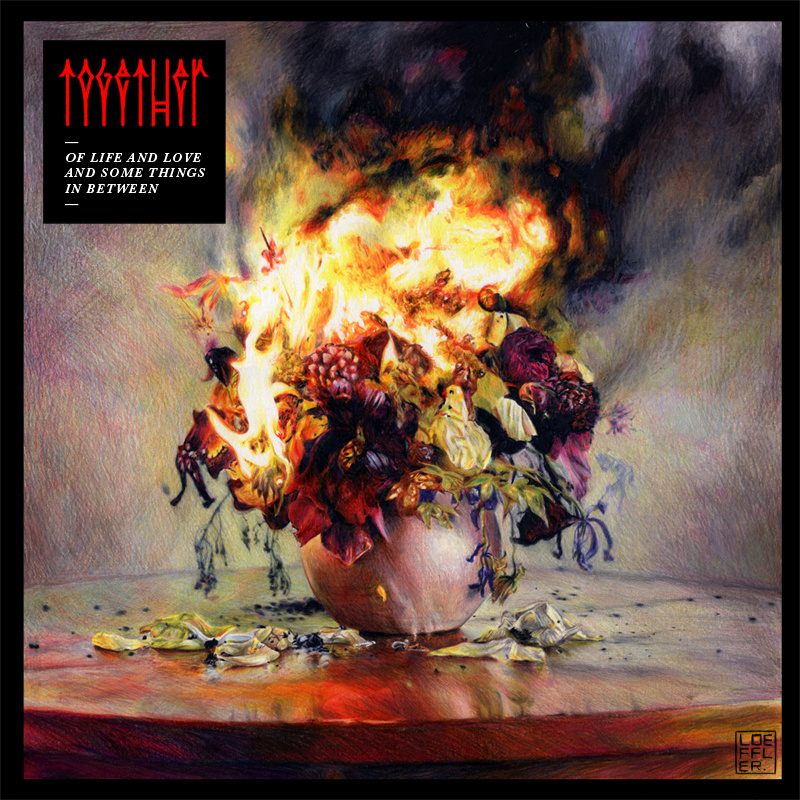 Germany’s Together have been cruising down the similar path as Defeater for quite a while. Both bands have always had a pretty similar sound. And though Together is a band of it’s own, it was always hard not to compare them with their better known counterparts. But no more. Where Defeater has gone back to their early sound on 2013’s Letter Home, Together brings a whole new sound to the table on Of Life And Love And Some Things In Between.

It’s almost like after rehearsal one day these guys stayed in their practice room, put on some Motorhead, started drinking and got a fresh hit of inspiration to play rockin’ hardcore. The basic melodic hardcore elements are still there, but at this point Together sound nothing like Defeater and more like a clash between aforementioned Motorhead and Modern Life Is War. And that’s a good thing.

Lyrically ‘Youth’ is a song citing Bruce Springsteen and Modern Life Is War and ‘The Sharktown Boys Reign’ also seems to be inspired by MLIW. Most of the lyrics on this record are about life an love, as the title says, but ‘Friday Night Lights’ is party songs designed to get the audience moving.

Of Life And Love And Some Things In Between is a shift in the sound of Together and a welcome one. Probably one of the best records to come from Germany this year.