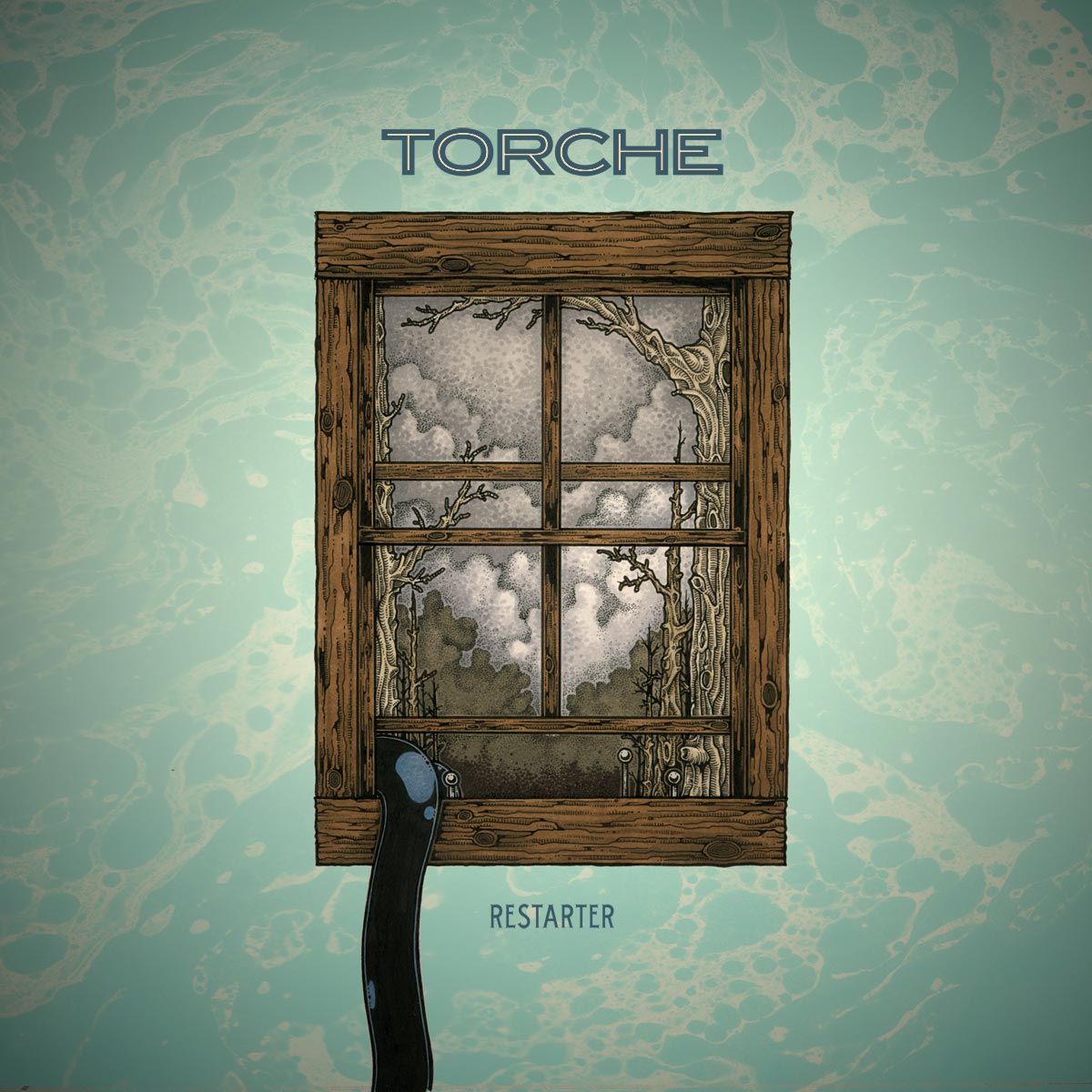 The fans of Stoner-pop band Torche can be clearly seperated by voting for their favorite track, either ‘Tarpit Carnivore’ or ‘ Healer’. The latter represents the catchy side of the band, the former the heavy. On their Relapse debut Restarter the people who voted for the first song can breathe easy, Torche has stepped up their game to create a heavy album again. Don’t believe me? Listen to ‘Barrier Hammer’ first and then read on.

Harmonicraft was a great album but had some forgettable songs, the catchy factor did not work as well as on Meanderthal so many of the songs seemed to blend into each other. I have no idea what made the band rethink their focus but on their new record they sound as heavy as in the early days again. Even the quicker, lighter songs (‘Bishop in Arms’ and ‘Loose Men’ come to mind) have an immense wall of sound behind them which sounds like the self-titled again. But with everything Torche has learned about writing solid hooks and chorusses.

Restarter is a record filled with all the best sides of Torche’s spectrum. Definitely their best album since years.