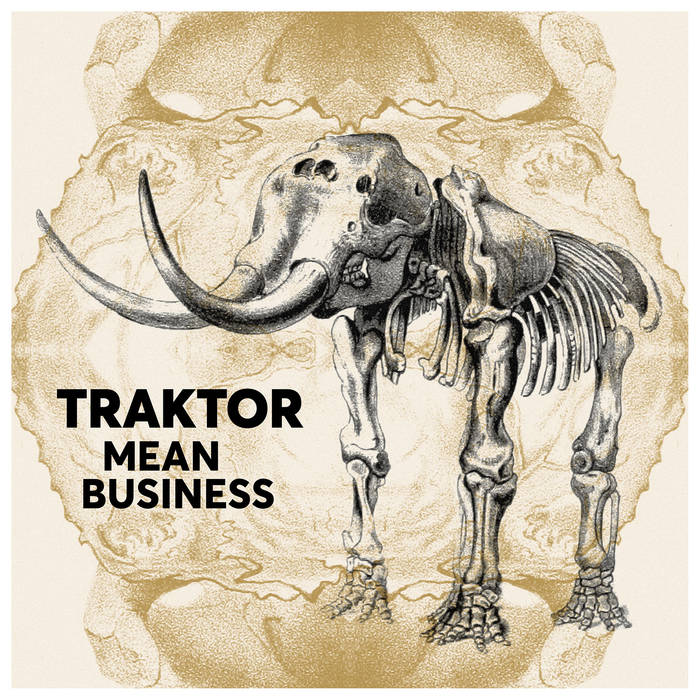 Swedish Traktor took it slowly last 5 years after the release of ‘Early Adopter’. They are back with a fresh post-hardcore/rock album. They have picked the title ‘Mean Business’ very well ‘cause their 10 songs have a mean edge and is some serious business in the waves of post-hardcore/rock.

On the cross point of Hot Snakes (to-the-point-songs and hooks) and At the Drive-In (voice, speed shifts) Traktor show us how music education at Swedish schools gives us perfect balanced songs and albums. That being said; ‘Mean Business’ sounds very smooth and that’s a downside if you like your diamonds rough. The album could have had a bit more roughness although it has the perfect organic drum sound. Also the voice of the vocalist isn’t the most captivating one if you compare it to Cedric Bixler-Zavala but hey, that is my opinion and opinions are like assholes…

As their older records, the new album is again a decent one, but typical one of those that will be forgotten in the sea of new releases. That doesn’t imply you’ll have a bad time listening to it. The record is catchy and smooth. It is over before you’ll notice and I have to admit that is a good thing; nothing so boring as an album that takes too long.

‘Mean Business’ is recorded in an abandoned school on the countryside at a Swedish island during five cold days. You can’t hear that directly; perhaps they kept the speed in songs like “No Filter”, “The Cause and Cure” or “Wizard of Choice” to stay warm. On the right moment they keep it slower as in the beginning of “W.T.R.R.” and “Daggers & Feathers”. That’s what I call dynamics; but not for long when the roller-coaster At the Drive-In groove is found again.

The record will only pressed when enough downloads (150) are sold. That’s a good idea to save the environment and the people who pay for the download have the opportunity to get the vinyl for shipping costs only.

The album is not yet on bandcamp, but here’s a digital single released late last year that should give you an idea of what to expect…