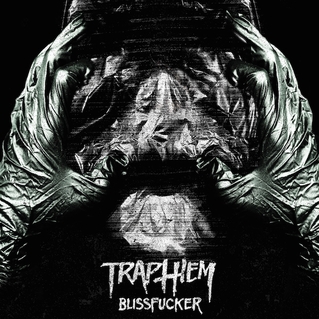 I’ve always felt a bit sorry for Trap Them. Their mixture of crust and hardcore they’ve been playing for quite a while has become more popular over the years, but newer bands manage to steal the spotlight consistently. The follow up to the brutal Darker Handcraft is called Blissfucker. Recording the album took a while, probably due to line-up changes.

Maybe those changes reflect the different approach too. Blissfucker is less hardcore and more sludge than its predecessors. But the band still sounds familiar, too familiar sometimes. This is also an effect of the production by Kurt Ballou. But during the second half there are some gems that make Blissfucker worthwhile for the lacklustre Trap Them fan.

‘Former Lining Wide The Walls’ still has that frantic speed and anger, but most of the other ten songs go slower and deeper than before, with the occasional manic outbursts we’ve grown to love by the band. ‘Savage Climbers’ reaches over seven minutes and has a build up to a climax sludge fans will approve of. Just as the main riff in the follow up ‘Ransom Risen’.

Blissfucker is grim and for the time it took the band to write and record these songs, a bit underwhelming. But it still holds some great new songs so it is worth the time of d beat/crust/sludge/hardcore fans.