Trophies – There will be no light 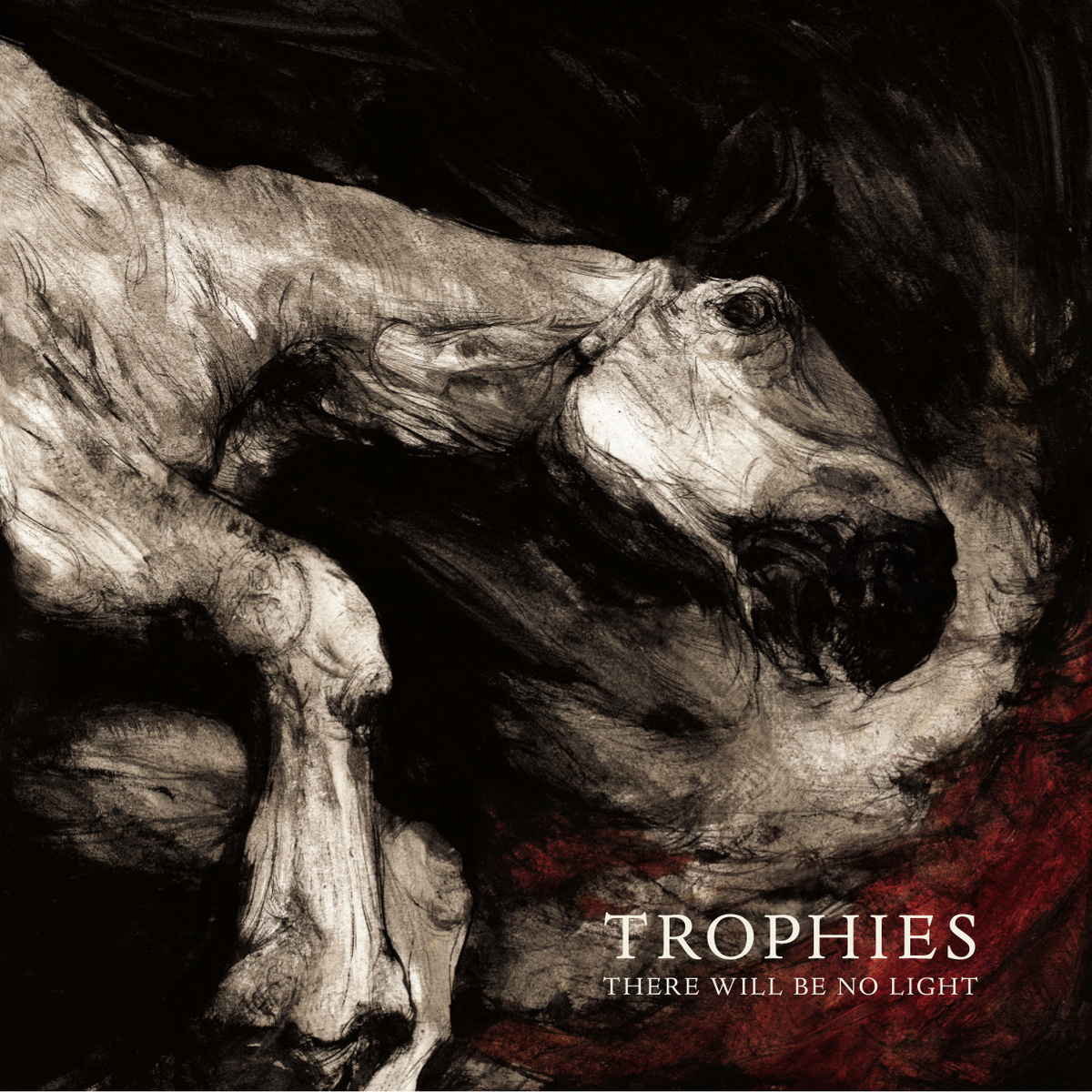 Don’t you just love it when you’ve got to work a little bit to appreciate an album? Usually that are the albums I will come back to, even years after I first discovered that album. There will be no light took me some time to digest. The album really isn’t that easy to get through. You’ll be rewarded greatly if you give the album a couple of spins though as it will reveal it’s secrets to you gradually.

If this intro gives you the idea Trophies are an extremely technical band, I’ve driven you in the wrong direction. It’s the dense atmosphere that makes this an uneasy listening experience the first couple of times. I can listen to extremely depressing or aggressive music without much trouble, but the emotion displayed on most tracks on this album somehow grabs me by the throat. Their press sheet isn’t lying to you when it tells you this is dark, raw, intense hardcore, as all three adjectives used correctly when describing Trophies on this album.

For their second album Trophies visited Tommy Tift in Studio Motion. The same fellow that recorded Sista Sekunden and Vånna Inget. The album was mastered afterward by Gustav Burn, whom you may know from his work for Atlas Losing Grip. Although these references point out to you that production-wise this album is very good, it doesn’t give you a good idea about the sound of Trophies. What came to mind listening to There will be no light is Painted Wolves with some typical Through Love Records emo-influences. The band themselves cite influences of Converge, Meleeh, Trap Them, Killing The Dream and From Ashes Rise. On There will be no light these influences blend together to a great, dark and emotional hardcore album.

Unfortunately this album isn’t without it’s flaws. There is one thing that bothers me greatly. Why did no one tell the band to skip Barkthroat. The screamed vocals combined with the softer music doesn’t work out. At all… It actually annoys me as it breaks the spell… Don’t let this spoil the fun for you though, there’s twelve excellent tracks left for you to enjoy!