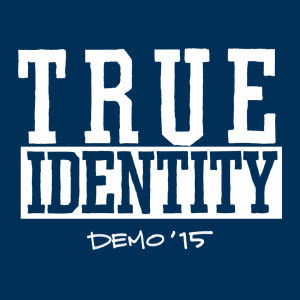 Jim Hesketh and Aram Arslanian have teamed up again and released a five song demo under the True Identity demo. Everyone with an interest in current Youth Crew sound should check this one out.

The demo packs quite a punch, despite not bringing anything new to the genre. ‘Step’ is the instrumental intro which leads nicely into ‘True Identity’. Of course, the band name is shouted before the song speeds up and Hesketh tells us about values. ‘D.T.T.D.’ pays respect to Chain of Strength with the vocal lines and the bass & drums intro. ‘Tension Breaks’ hits the pedal again while ‘…Back’ is a mediocre closer that does bookend the climax of the song before. With eleven minutes and only three real songs, this demo is way too short though.

React Records is apparently busy with the vinyl release but there are already tapes. And streams of course.