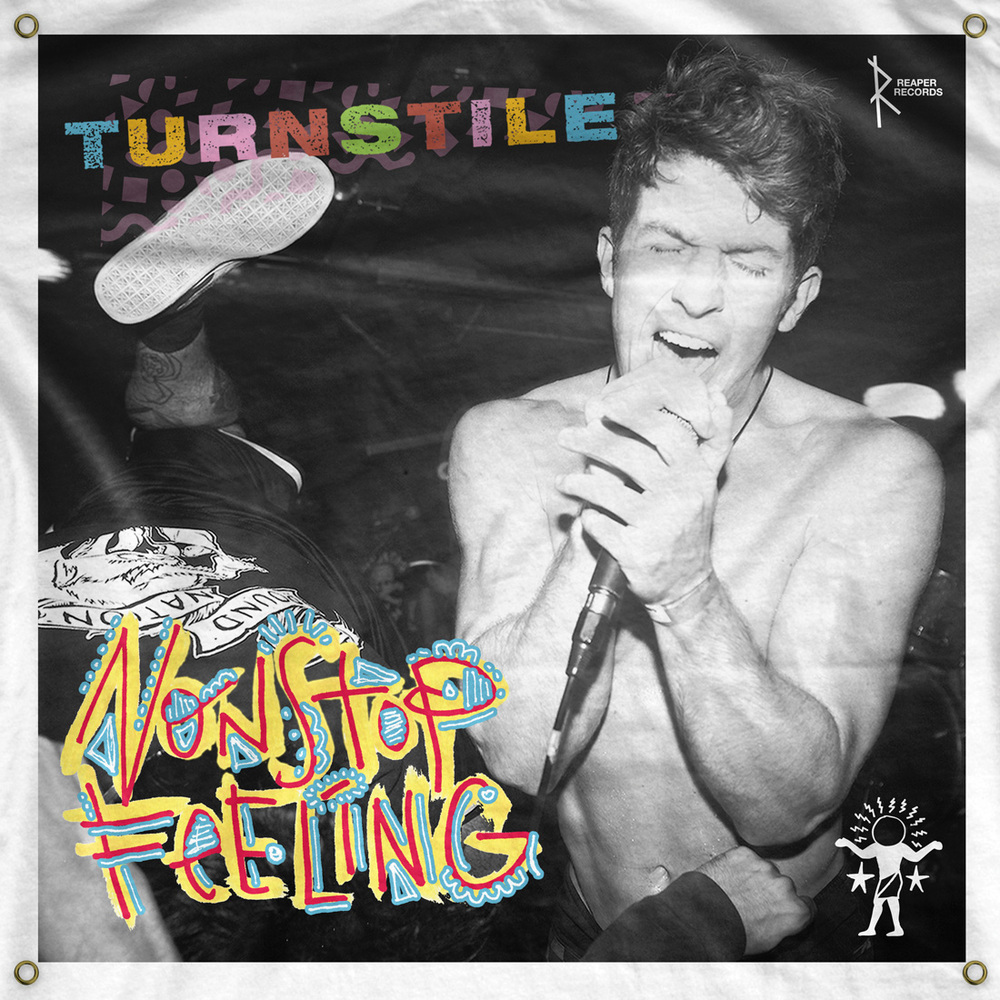 One of the most anticipated debut records is finally upon us. After two EP’s, the boys in Turnstile recorded half an hour of new music for Nonstop Feeling. For some, this band symbolizes everything wrong with the hipsters in the hardcore scene, others devour their musical variation. Because yes, this album contains strong riffs, straight out of New York, two step parts and plenty singalongs, but also clean singing, something that could be called rapping, guitar solo’s and Descendents styled lyrics dealing with heartache.

It may take some time to get into the record, but Nonstop Feeling (with a great cover photo by our own Anne Carolien Köhler) does an excellent job combining the aforementioned elements. It may sound strange, but the band easily switches from classic NYHC rage to lighter choruses in ‘Gravity’, works in an instrumental bridge ‘Bleach Temple’ or adds vocal styles from the past three decades (90s grunge styled, almost nu metal rap or a fresh take on hardcore screams).

Give them a try or three and don’t be put of by the melting pot that may sound strange at first. The colorful lettering compared with the energetic live photo showcases what you’re in for.

They play the Persistence Tour that stops in Utrecht by the way. Come early!