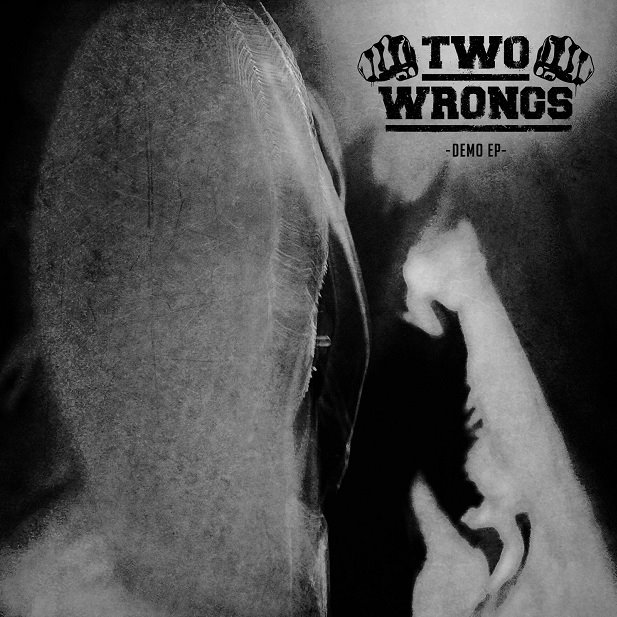 A year or so ago the band N.C.B. decided that their name might give off the wrong impression and decided to change it to Two Wrongs. Musically there’s not been much of a shift, since these guys have played together for a longer time. They just released their first demo and are trying to put Tallinn on the map of hardcore hubs in Europe, and rightly so.

Playing shows in and out of their own country, Estonian hardcore bands seem to be influenced heavily by the closely connected hiphop scene. This can be heard in the thick, grooving sound of Two Wrongs. Guitarplayer Tafka also plays in Burn Still, who have that going even more combined with a more metalcore oriented sound. The band has been touring with Worth The Pain, 53Stabwounds and Fury Of Livez in Finland, mostly bands holding on to that oldschool hardcore sound.

From the intro on, you can hear the predominant sound of heavy thudding bass play, hammering breakdowns and hoarse barked vocals. ‘Lust’ takes this Estonian brand of tough guy hardcore further, adding gangshouts to it’s slowpaced heaviness. Think Nasty, Warhound or Shattered Realm, but then the most heavy variations leaning towards a metallic sound. ‘Righteously violent’ has a more chaotic tone to it, sounding much darker with some sharp guitar hooks slung into it.

A slow groove starts up ‘No Good’, with some hiphop beats mixed into it, building up the tension till heavy layered guitarplay comes in. Hard hitting breaks push the track onward into ‘Tough Life’. Short songs, lots of power and heavy aggression  like on ‘ASD’ come by. The band doesn’t bore the listener with grooving tracks like ‘Drowning’, varying in speed and intensity. At some points you do wish for slightly clearer vocal parts though, like the shouts on this song. On the last song ‘Suffer’ the band brings out all the elements in their sound once more.

This is no earth shattering new sound, basically another beatdown hardcore band. However, the band mixes in the sound of their regional scene and does that well.