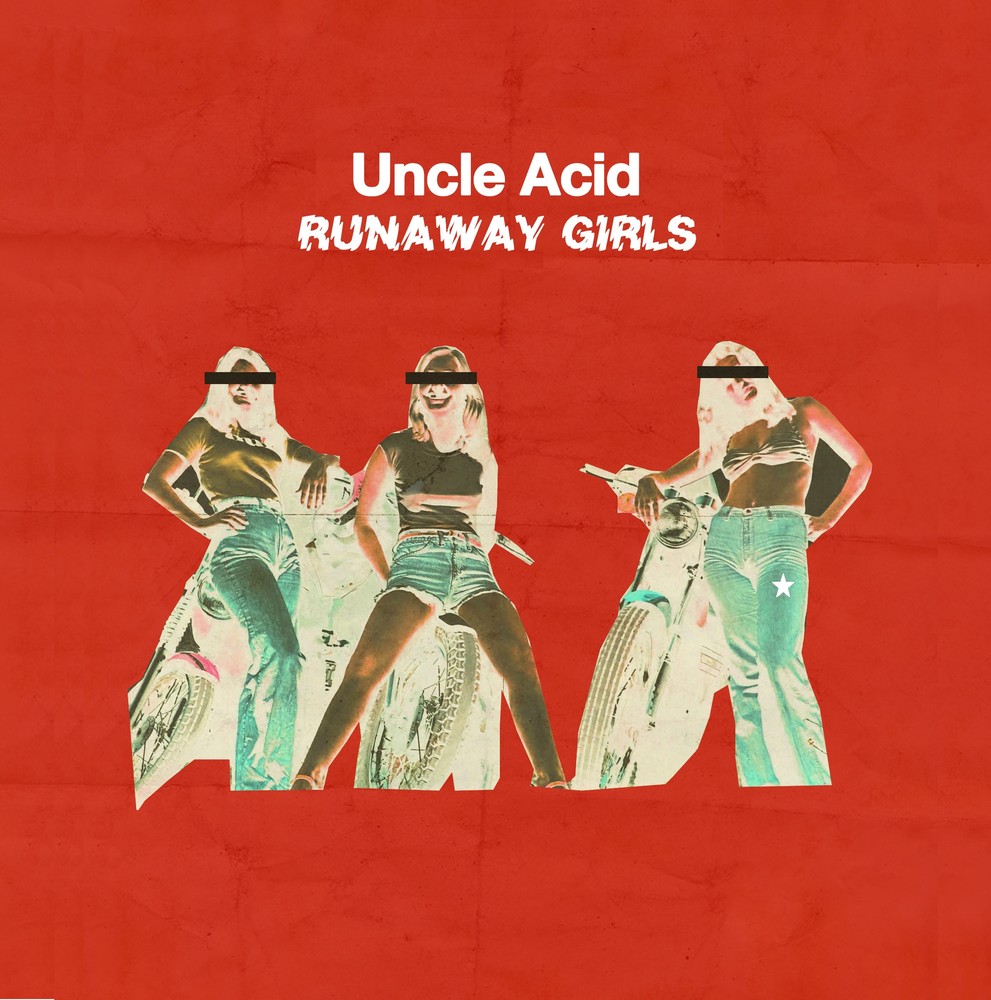 Since Bloodlust, the boys in Uncle Acid & the Deadbeats are doing great for themselves. Follow up Mind Control had a crazy backstory (great for their acid deadbeat fans) and even crazier riffs. In order to promote their upcoming American tour, the band has released a single Runaway Girls with an acoustic b side of ‘Devil’s Work’ of Mind Control.

‘Runaway Girls’ has a really catchy riff, reminiscent of ‘I’ll Cut You Down’ or ‘Poison Apple’ so the choice for a single is pretty straightforward. Heavy fuzzed out seventies rock infused with effect laden vocals; this song showcases the strengths of the band perfectly. It doesn’t bring anything new to the table though and comparing to the other two singles from last year, this song is actually the weakest of the three. That doesn’t mean it is a bad song at all, the buried solo is awesome and like I said, it’s classic Uncle Acid. ‘Devil’s Work’ is the closer of Mind Control and the desolate chorus is one of the best parts of the album. Acoustic, this song has the same tension as the electric version. Sparse guitar chords enforce the vocal delivery, harrowing.

If you don’t know this band at all, Runaway Girls is a nice starting point but there are much better sounds from the band. For the fans, the two tracks are nice addition to the collection.