Unveil – A Flame With Nothing To Feed On 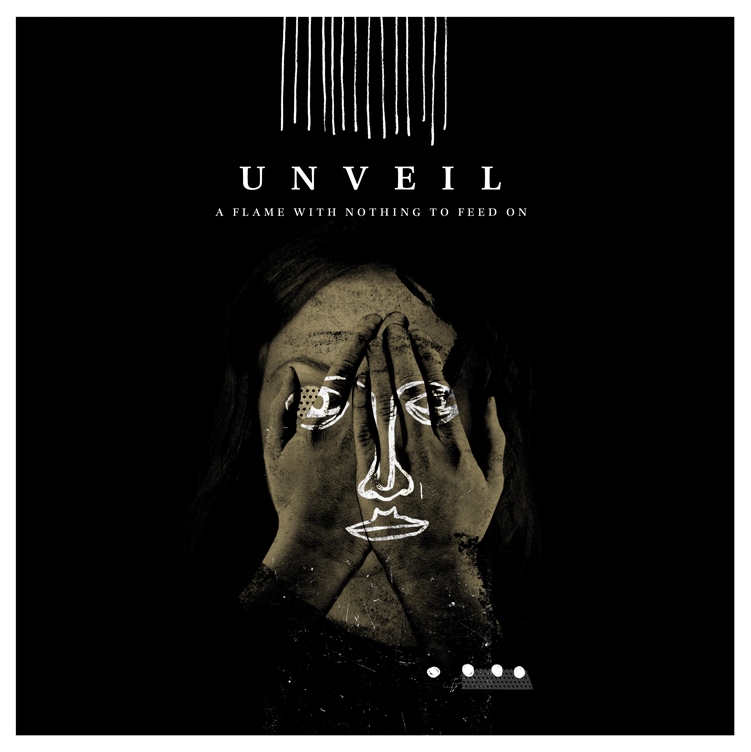 I will make no attempt to hide my enthusiasm regarding this record. But what can you do when you’ve been looking forward for a album to come out and that it ends up blowing away all your expectations?
Yes, I expected Unveil’s new songs to be good, but I didn’t expect them to make a really great LP altogether!

Here’s the deal, this album contains 9 songs. I was a bit doubtful at first, thinking it would be short for a long player. But in reality these 9 tracks are all different and each one of them has something special to bring to the table. In other words, 9 good songs, no filler. That’s something rare enough in a hardcore record these days.

The opening track of the record is powerful and showcases the band’s overall style of music: Heavy, inventive and clearly influenced by 90′ Hardcore. The other thing that I can’t help noticing is how great the production is. Actually it doesn’t sound too far from the Seven Generations LP. The guitars seem to have lost the metallic sound they had on their previous 7”, and that’s a good thing. “ I was forced into your culture, I abhore your culture”. The lyrics to this song somehow echoes Ian McKaye’s in Embrace’s End of Year as it deals with the partying culture. Just when you thought Unveil was all about big riffs, things get quieter by the end of the song and the guitars take a surprising turn. I wasn’t ready for those bouncing guitar notes over a crushing rhythm section.

The most radical change in sound for this band comes with the following track, “Suicidal Pathway”, and its crazy sounding, 108-esque guitars that blow in your face. This is the most groovy song on the record, with an underlying sense of melody that’s drawing for the guitars. Unveil never sounded so diverse before!

Then all of a sudden the next track, “Pathos” grabs us by the throat and violently drags us to an ugly place. The music now becomes thick and suffocating, we’re left strangled and feeling stifled by the relentless dissonant guitars  and  the pounding double bass (that part actually sounds like a flying helicopter!). Never before has a song about animal rights been so brutal. “Castrated and mutilated”, “pining away in their own excrement”… Christian says (or rather screams) it himself, the lyrics aren’t metaphorical, “[…]just the raw cold truth”.

Our shaking bodies are taken to a safer place for recovery, and “Head & Hearts” seems like a breath of fresh air with its slow pace and longer instrumental parts. I think this track shows how the band works on song structures. Everything is calculated and thought through; you won’t find two parts that sound exactly the same. This requires some hard work and musicianship.

“Chameleon” is one of my favorite song on this LP. It almost sounds like a “single” since it has a little bit of everything; and there’s almost a catchy edge to it. With a song like that it’s no wonder that Unveil gets compared to Unbroken so often; those metallic notes and epileptic riffs never get old. The vocals are delivered in an intense way, and I  must say the German accent on the spoken parts is arguably of the most charming effect! One can find it funny that such a powerful voice comes from such a small singer. 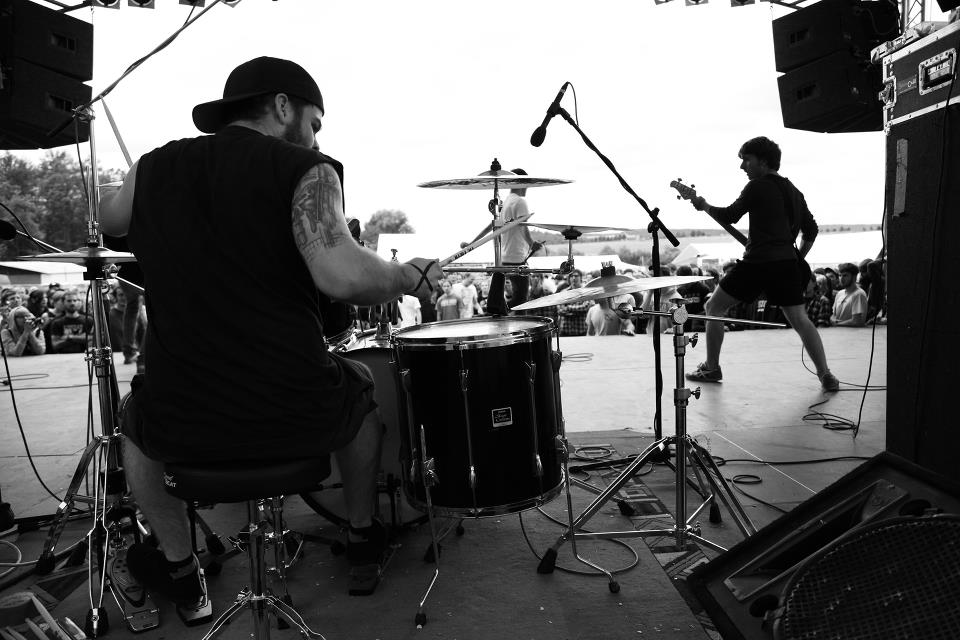 “I did not” has the sickest mosh part I heard in a long time. Seriously, this is HARD! These sparkling guitars make me lose my mind! Again, if 108 is your jam you know what I’m talking about. The unsteady bass parts comes spicing things up a little bit. The lyrics to this song are some of my favorite as well: “Basing my beliefs on empathy and a sort of utopian justice that I admire, that is worthwhile to aspire”. Unveil shows its true colors and cut the grass under the feet of criticisms. The title of the record also comes from this song.

I noticed that Unveil’s sound got a little darker and  less comfortable, there are not as many chugga-chugga parts as there used to be. Less Earth Crisis and more Deadguy if I could say. “To slowly Die of Cancer” shows the desire of the band to be as diverse as possible while still remaining in the framework of a specific genre.

The Tambourine at the beginning of “Antinomy” sets the mood for another peculiar song. As heavy as it starts, the rest of the song is mostly quieter and mid-paced. I kind of see it as the “ballad” of the record somehow with its sung lyrics and a more ambient vibe.

Unveil don’t let things go downhill, and come out swinging with “Choking on profusion”. This song is a good way to end the record. The blistering guitars and powerful drumming are here to make sure you’re still  paying attention.

All in all this is quite a complex, yet coherent record. It clearly shows that the band put a lot of thought into this LP and nothing was left to chance. I wasn’t really sold on the artwork at first, but all in all it fits very well with the atmosphere of “A Flame With Nothing To Feed On”; this is everything but a conventional album cover for a vegan straight-edge band. With such a debut LP, Unveil clearly has the potential to become one of the heavyweights of European hardcore.

As a side note: UNVEIL will be touring Europe with Abolition from the UK in February. Here are the dates, go check them out! 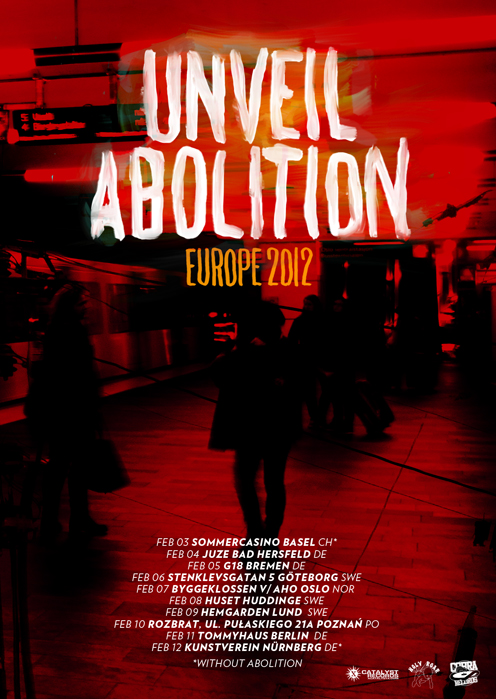