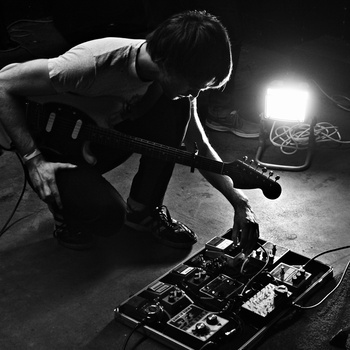 Much has already been said on this site about how cool compilations still are. After we talked about the Striving Higher compilation and the America’s Hardcore compilation it’s now time to dive into some other waters with Run For Cover Records’ Mixed Signals compilation.

Run For Cover Records, together with No Sleep Records, is one of the biggest up and coming names in the industry. Where the label could have chosen to only work with affiliated bands on their compilation, they choose not to. Because of this decision Mixed Signals is the best representation possible of the type of bands that I would call post-hardcore 2011.

The record kicks off with Polar Bear Club’s Killin’ It. This is one of the killer tracks on the bands’ new release Clash Battle Guilt Pride and a good opener for this compilation as well.

Hostage Calm‘s The ‘M’ Word is one of the most outstanding songs on the record because musically it has more in common with the Beach Boys  than most of the songs on Mixed Signals. Anyone who wants to know if this band can do even better than on their s/t album should listen to this song. (They can).

An other stand out track on Mixed Signals is Make Do And Mend’s Coats. Though the production sound a bit different, the song still could be an extra track on End Measured Mile.

Besides the three aforementioned bands the compilation also features Balance and Composure, Daytrader, Self Defense Family, Tigers Jaw and more.

Where Striving Higher and America’s Hardcore give quite a good impression on nowadays hardcore, Mixed Signals is the best thing out there for all those Texas Is The Reason and Jawbreaker fans who want to dig up some new tunes.

Go and have a listen yourself: