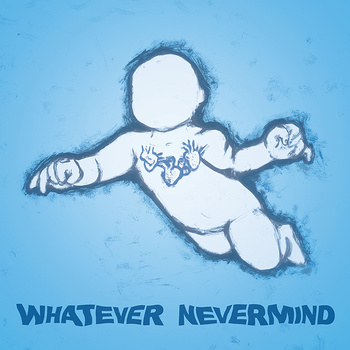 The In Utero tribute Robotic Empire put together was awesome, so we Nirvana fans at SWNK here were anxiously waiting for the Nevermind follow up. Circa Survive, Young Widows, Pygmy Lush and Thou reprise their roles but are accompanied by Torche, Nothing and Kylesa amongst others.

Not all the songs are great but overall the quality of covers is very well done. While Torche, Cave In, White Reaper and Touché Amore stay relative close to the originals (especially the former) bands like Young Widows turn Nirvana’s greatest hit into a hazed out whirler. ‘Come As You Are’ would have been a tad boring at first, but when Philip Cope helps out Laura Pleasant, the pieces fall into place. Boris’ take on ‘Lithium’ is exactly what you would have thought the band would do without letting you down with the blackened take. La Dispute makes ‘Polly’ a bit more upbeat to lift up your feelings again but it falls a little short.

Before dipping some, Pygmy Lush and Nothing ramp up the quality again. The haunting ‘Something in the Way’ may be one of the best songs Nothing has done recently, and seeing how good Guilty of Everthing and the split with Whirr are, that means a lot. For a closer (or separate 7 inch), Thou show their love for the grunge act in a double punch.

The quality is good and the overall sounds are so diverse that I would even recommend this tribute to non-Nirvana fans too.