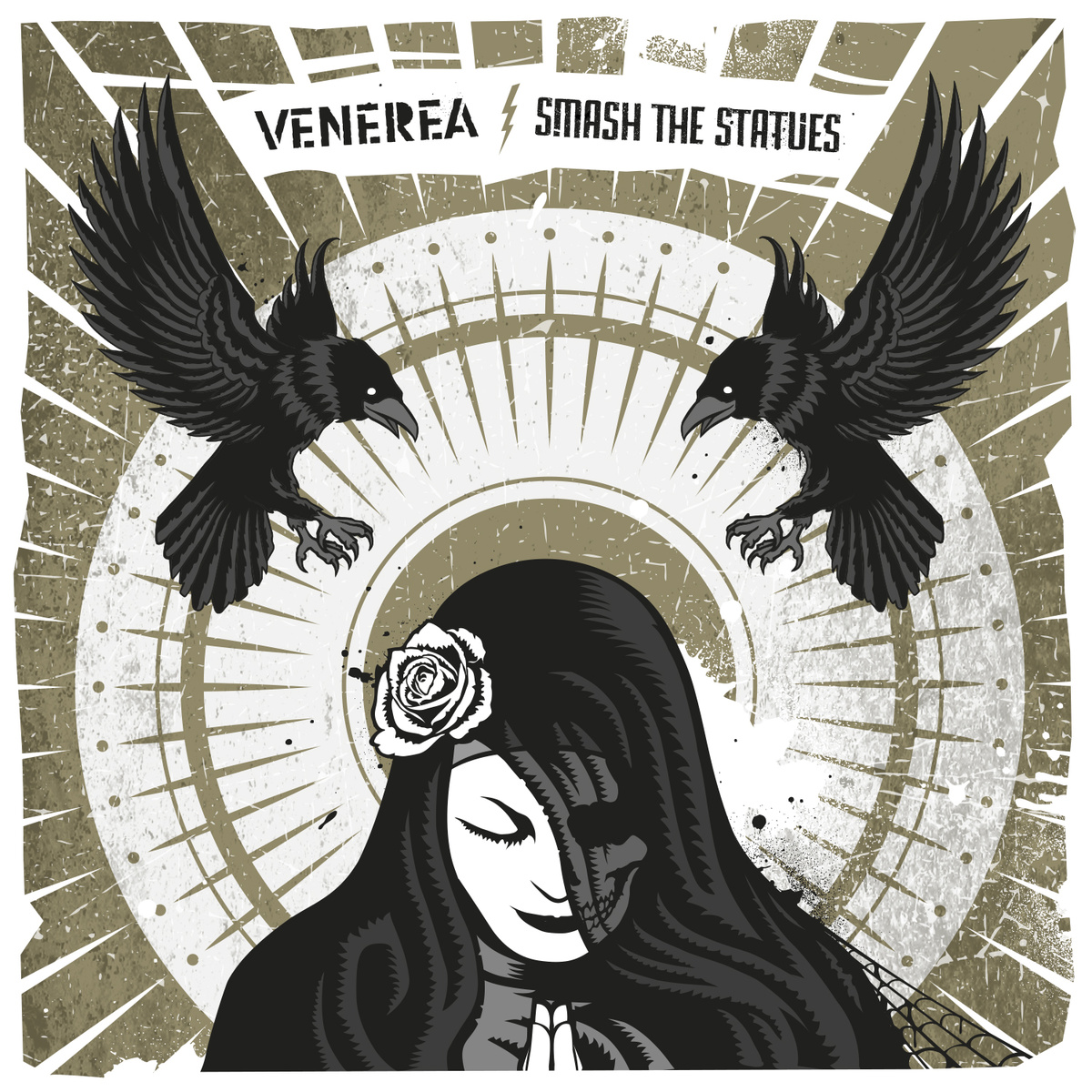 I’ve never really paid attention to Venerae. No particular reason. So this is my first real introduction to them, and it’s a pleasant one. They open this split EP with ‘No rules but my rules’. In no way is it an refreshing sound but consider it as an tribute to Propagandhi and other skatepunkbands, but particularly Propagandhi. The first chords are very similar to tons of Propagandhi songs. The next song is still Venerae and, although if you would not know who the split is with you’d say it’s Bad Religion. Lyrically, guitar wise, drum wise and mainly vocally…. Hmm did I just name every aspect of being a band? Yep…. it’s like they hired Bad Religion to record a song under their name. Again, that’s okay, who doesn’t like Bad Religion?

Then it’s up to Smash the Statues. If you know them you know we’re heading back to the Propagandhi influenced punk instantly. Immediately when Tom’s voice kick in It pops to my mind “thank fuck Smash the Statues are back!” (especially since Brat Pack left a hole). The unmistakable sound of Smash the Statues is lead by fast melodious guitar playing which makes or breaks a band in this ‘very specific subgenre’. In this case it’s a great success. The second Statues song is a bit more aggressive, but not as aggressive as the songs where the ‘back up’ vocalist takes over (think “on popular demand”). In this song it’s up to Tom himself and he nails it. The bridge sounds angry, sincere and is a great build up to the final part as well of the song as the EP.

It’s a short EP but it’s enough to get you excited for a new Smash the Statues full length, especially the switching between vocalists on an entire album is very powerful aspect of this band. Maybe I sounded a bit harsh on Venerae being VERY influenced by Bad Religion, but both songs are good and I actually will check out their earlier records.