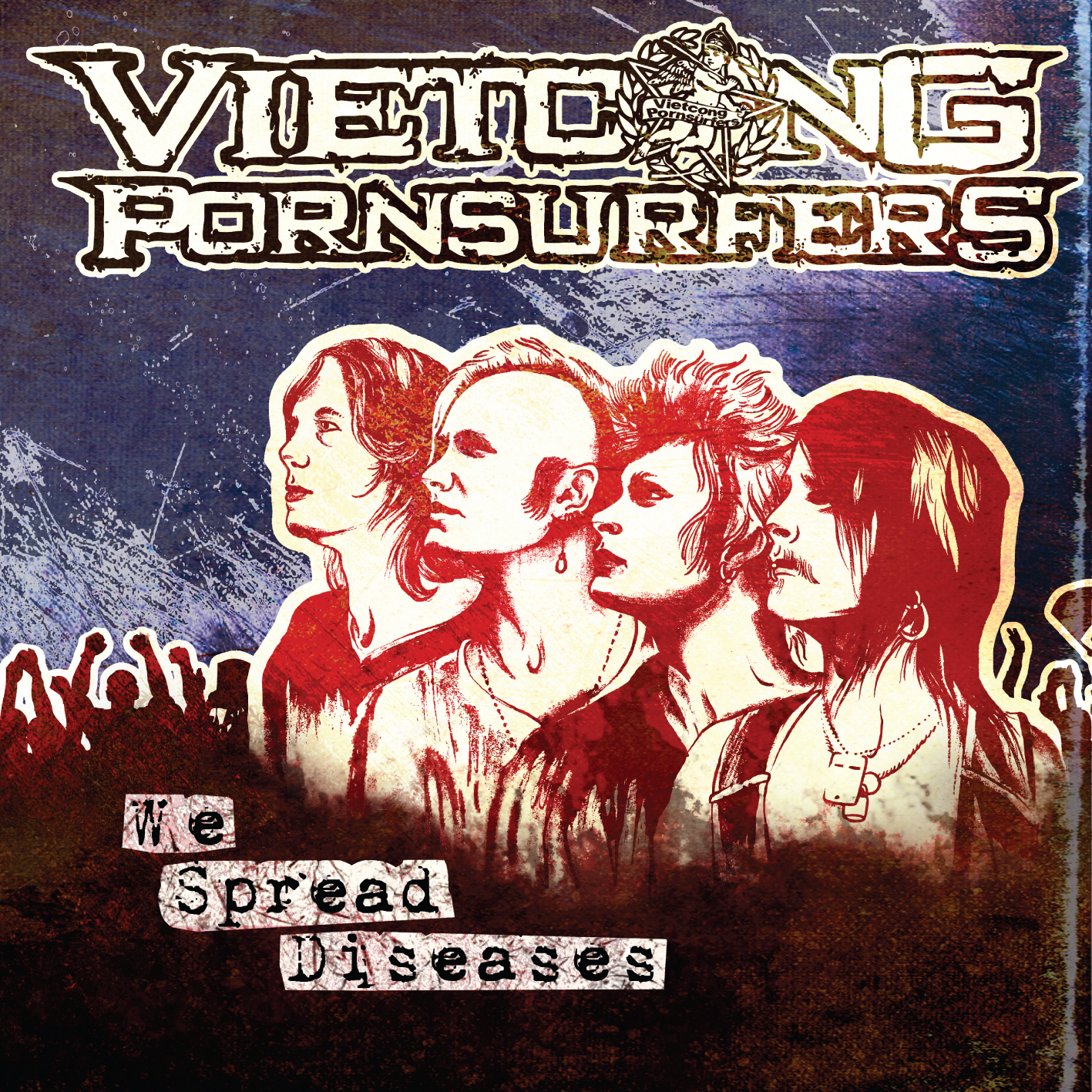 Does hearing a Gluecifer song make you feel nostalgic? Does it make you think back to the days when garagerock seemed to be exploding in Scandinavia with bands like the Hellacopters, Psychopunch, Hardcore superstar etc? Well, I’ve got some good news for you! Vietcong Pornsürfers will take you back to the heydays of this scene.

For all of you who have no clue what I’m talking about, imagine your early eighties punk band (Ramones, Misfits, etc) making a love-baby with late eighties glam rock bands (Guns ‘n’ Roses, L.A. Guns, Hanoi Rocks, etc). Although Gluecifer is my main reference point when listening to this band I can imagine singer Tom K. taking over the spot at the mic for the Misfits. He ain’t no Danzig or Graves, but he sure could replace Jerry Only (just listen to “Just Another Crime” and you’ll hear what I mean).

The band claims that their aim in the studio was to actually sound like rock and to capture their live sound. They succeeded for at least half. I’ve no clue what they are like live, but this sounds like rock! Highlights are opening song “Marcel”, where Tom K. must have been inspired by Velvet Revolver coming up with his melodies, “Dead Track”, for which a video was shot to support their first single “I Hate Your Band” (don’t ask for the logic behind this, as I don’t get this…), “Make You Hate”, where the Gluecifer influences really shine trough, “First High” with psychobilly influences for extra catchiness. And I could go on like this. After a couple of spins you’ll find the songs are stuck in your head and you’re humming these tunes all day. If this is the disease Vietcong Pornsürfers are spreading I don’t think I have a problem with it.

This album just invites you to sing along with your fist in the air! I advise to play this stuff loud in your car, but don’t forget to roll your window down to educate the masses (the fist in the air part might be a bit difficult while driving, which we, at SWNK, fully understand. No worries!)! Spread the disease!