Wake – Sowing the seeds of a worthless tomorrow 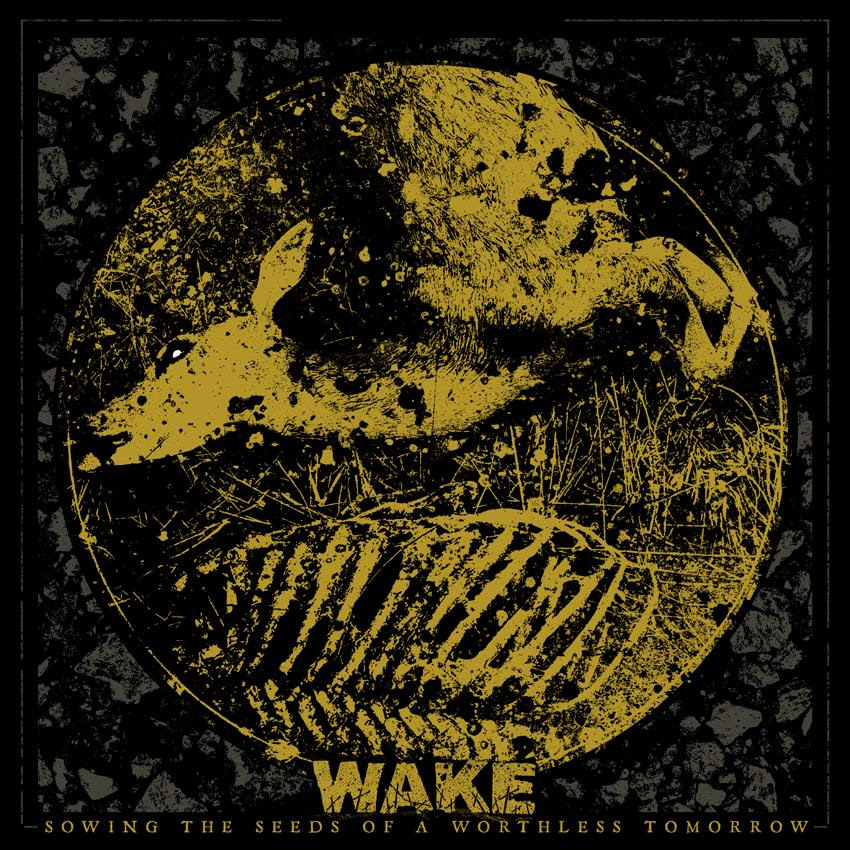 Grind is not exactly my forte. Let’s get that out of the way to start with. I do enjoy some, but am not exactly a connoisseur. A big problem I have with grindcore in general is it starts to sound samey after a while. That’s the main reason there’s only a couple of grind bands I own the music of. And that’s usually the bands that remember to channel their hate and anger through excellent song writing.

In comes Wake. Sowing the seeds for a worthless tomorrow is their third full length. Their output so far can be quite accurately described as a large chunk of Nasum-esque grind with the smallest of pinches of noise and sludge. The outcome of that recipe resulted in a band that had found their own niche in the grind hemisphere. Although paying homage to Nasum (and Napalm Death) the band has a sound of their own. Previous album False was a real cluster bomb in my mind. Wake added hooks to the pure aggression they recorded which kept dragging me back to that album. False was slightly different from debut Leeches, which I also strongly recommend, mind you. It’s interesting to see where Sowing the seeds of a worthless tomorrow brings Wake.

Wake has changed their sound again. Little as it may be, it matters a lot. The change occurs in two places. Let’s look at the production first. The production is slightly heavier than previous. Not a real problem, but it makes for a different dynamic to shine through. Especially the vocals have a peculiar place in the mix. Very low, very distorted and reminding me more of what we’re use to hearing from sludge bands than from grind. In fact, at places Primitive Man comes to mind listening to the vocals only. Mind you, that’s only at a couple of places where the vocals are at their sludgiest. The second thing that has changed slightly from False to Sowing the seeds of a worthless tomorrow is the songwriting itself. Sludge elements are more openly included in the songwriting itself. Basically every song contains sections that wouldn’t be out of place on an sludge album. Just check the last part of Better living through apathy; the guitar sound, the slow riffs (slow being used from a grind perspective here…), it changes the impact the song has. The increased dynamic makes the fast parts hit harder.

So, again Wake has changed their sound, which is only healthy, since, as stated I feel grindcore get samey real fast. With this album Wake has achieved something funny though. With a record of only 20 minutes they left me hungry for more. Wake got me to push play again and again.