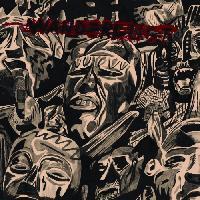 Somewhere between Amsterdam and Tilburg lives a postman with a great taste in early 80’s Californian punk. This mysterious postman makes sure that some of the worst metalcore-promo’s do reach my house, but when he saw this Wanderlust EP, he just couldn’t help himself and decided to keep it for himself. That’s one way to explain why I never received the EP and this review ends up on here pretty late if you consider the Amsterdam punks in Wanderlust released this record in the last weeks of 2011.

Wanderlust is a band featuring ex-members of Sick Mormons, if you don’t know that band you missed out on some exciting live shows and a couple of decent records. Wanderlust are a better continuation of Sick Mormons. The songwriting is better, the lyrics are better and damn the vocals are so good.

I would say that if you’re into very early Social Distortion and Adolescents you’ll love this record, just like that one Dutch postman.