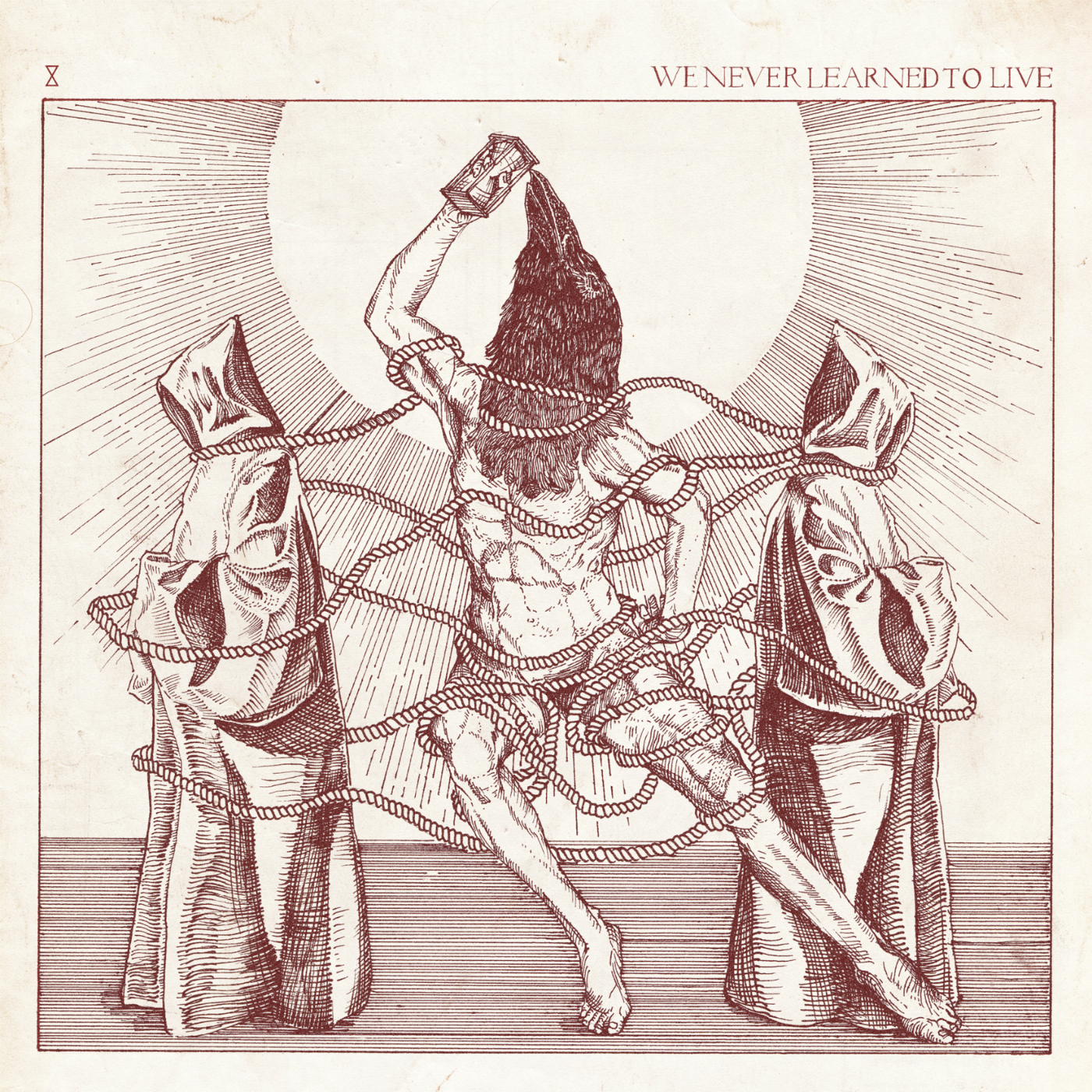 Reviewing a three track EP? No problem: listen to it a couple of times and an hour later I’ll have something written down that at the very least can be called a first draft. But not this time… The main reason We Never Learned To Live’s debut EP took me more time than I expected is that this is not a three track EP that fits on a 7”. No, it lasts over 24 minutes. That’s your first hint about their musical direction. If you guessed it’s a post-something record you’re right! I’d say it’s a bit post rock and a bit post hardcore with some screamo influences to top it off… Cathartic post-hardcore is what they dub it themselves. Yay for another new label for music.

This band only exists for a year or so, but they are already releasing some quality music here. I’ll try to describe what I hear on these three tracks. Let’s start with the easy part, the singer. It’s an acquired taste. Do you like the desperate sound the singer of Arktika has? You’ll like what you get here. We Never Learned To Live’s singer uses his voice a bit more diverse, but that desperate shout is there a big part of the record.

The songs build up like we’ve learned to expect in post-rock land. The guitar on “Afloat” reminds me a bit of Mono. The crescendos here have a bit of a post hardcore vibe with for example a guitar line that reminded me of Make Do And Mend in the second song “Crows Feet”. So We Never Learned To Live build some tension and work towards a climax, only to do this all over again on all three songs. Exactly what you would expect from a post-rock band. Production wise this is solid stuff. This record sounds powerful when it has to and leaves you space to breathe on the more quiet parts.

Sounds pretty much OK so far, doesn’t it? Don’t I have anything to complain? Well… not really. I hope they grow to find their own sound soon. But this is a new band, and with new bands I feel it’s OK to let your influences shine through this clear. Oh, and I really don’t like the piano outro on this record. Wish they would have skipped that! With only these minor complaints, all you post-something lovers got a new band that you need to look into here.

Band: We Never Learned To Live