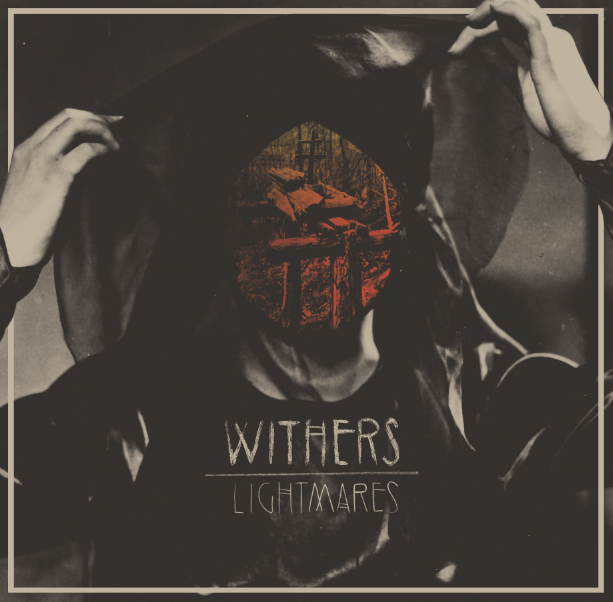 What on earth are lightmares? No clue whatsoever. Austrian based Withers named their second EP after lightmares. In their interpretation lightmares lead to some pretty intense ‘core. If these songs are inspired by their lightmares, I guess we need to thank those lightmares, as the resulting music is very interesting.

According to the very short (I like ‘m that way, thank you!) press note this music should remind me of Converge, Botch or Cursed. I totally agree with them on the Converge mention, but don’t hear much of the other two. But mind you, this is not a Converge clone. Not at all. It bugged me for a while what other influences I could hear in these six songs. After hearing “Into The Void” a couple of times I got it. This is what the love-baby of Converge and Blacklisted (later era) would sound like! I can think of worse bands to be compared with.

Highlights of the album to me are “Into The Void” and “No Burial Of The Will” which starts without guitars and manages to sound massive without it, until the guitars kick in to provide that extra punch. But truth be told, I have not found a weak song on this EP. I was amazed to find out this is only the second EP released by this band that exists for only two years by now. I can only encourage ‘m to keep it coming like they do now. Bring it on!