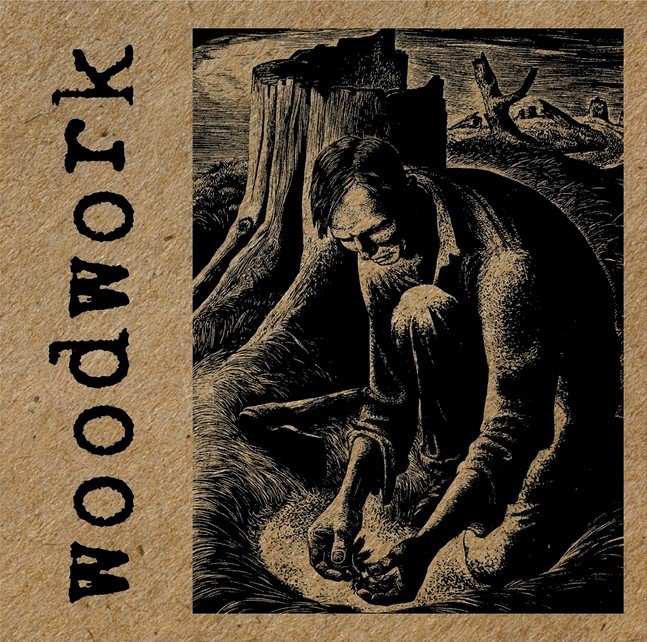 All hail the early-to-mid-90’s. The time when most European kids regarded the Very Distribution as the bible of new releases. The time that lots of kids discovered Turning Point through Lost and Found Records. And the time that bands with ‘a message’ were as common as over sized skateboard pants and people with Krishna beads around their necks.

It was the pre-internet era. People from all over the world corresponded through what is now known as ‘snail’-mail. It was the era of Undertow, Unbroken, Outspoken, Earth Crisis and many more great bands. The music of that era still inspires bands today like Foundation and Unveil. Woodwork from France is also one of those bands. The metallic sound, the voice of singer Nicolas, even the artwork is in true Ebullition style.

It’s one thing to be inspired by a certain style, it’s a whole other thing to take certain things from that style and craft it into an own shape. This release is Woodwork’s first so you can’t expect the band to stand on their own. But there is potential here. Musically but also lyrically. The songs which deal with heavy topics like the Euthanasia Program of the Nazi’s and the repression of Palestinian people are well written.

Whether you’re one of those guys who regularly checks the Stuck In The Past blog or are from a newer generation but like the 90’s hardcore sound, Woodwork is a band to watch out for.