Worth the Pain – No Rest No Peace 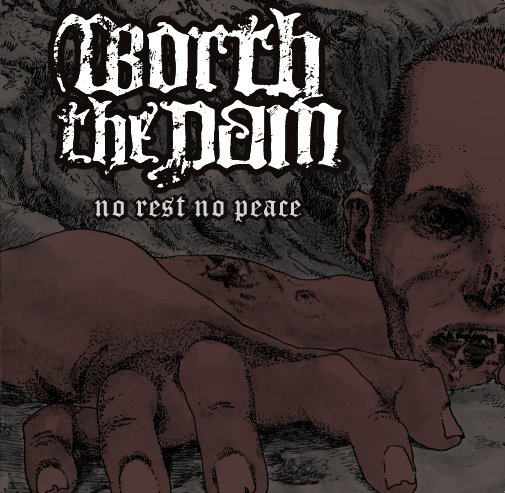 Worth the Pain from Finland is around for ten years now but was working on ‘No Rest No Peace’ without notice for the last two years. So it is a great surprise they are back with a new album. I thought they didn’t exist anymore after the split with Human Demise and the album ‘To the Bitter End’. The result is a short record, with eight songs in less that twenty minutes. In hardcore that’s never a problem of course.

Founding member and drummer Olli left the band and without him they are playing a less metallic version of hardcore with once again high pitched vocals. The typical Finland hardcore vibe is laying over the Terror and Final Prayer influenced hardcore. In “Final Bell” the groove is perfectly displayed. You hear Terror in “No Rest No Peace” and “Razor Cuts” in terms of the riffs and breaks in these songs. In “Under the Concrete Skies”, the backing vocals of the guitar players are giving you a Trapped Under Ice feeling. Impressive how this young band already made an impact on several bands on the globe such as Finland.

The production is typical for these days, however the cymbals are too much in front of mix and the guitar sound is suffering a bit from this approach. It would’ve been better if the guitars were pushed in front of the mix. You can get used to the sound after a while, so it’s only a minor remark. People who are into groovy hardcore and like the above mentioned bands should have a listen!

Band: Worth the Pain