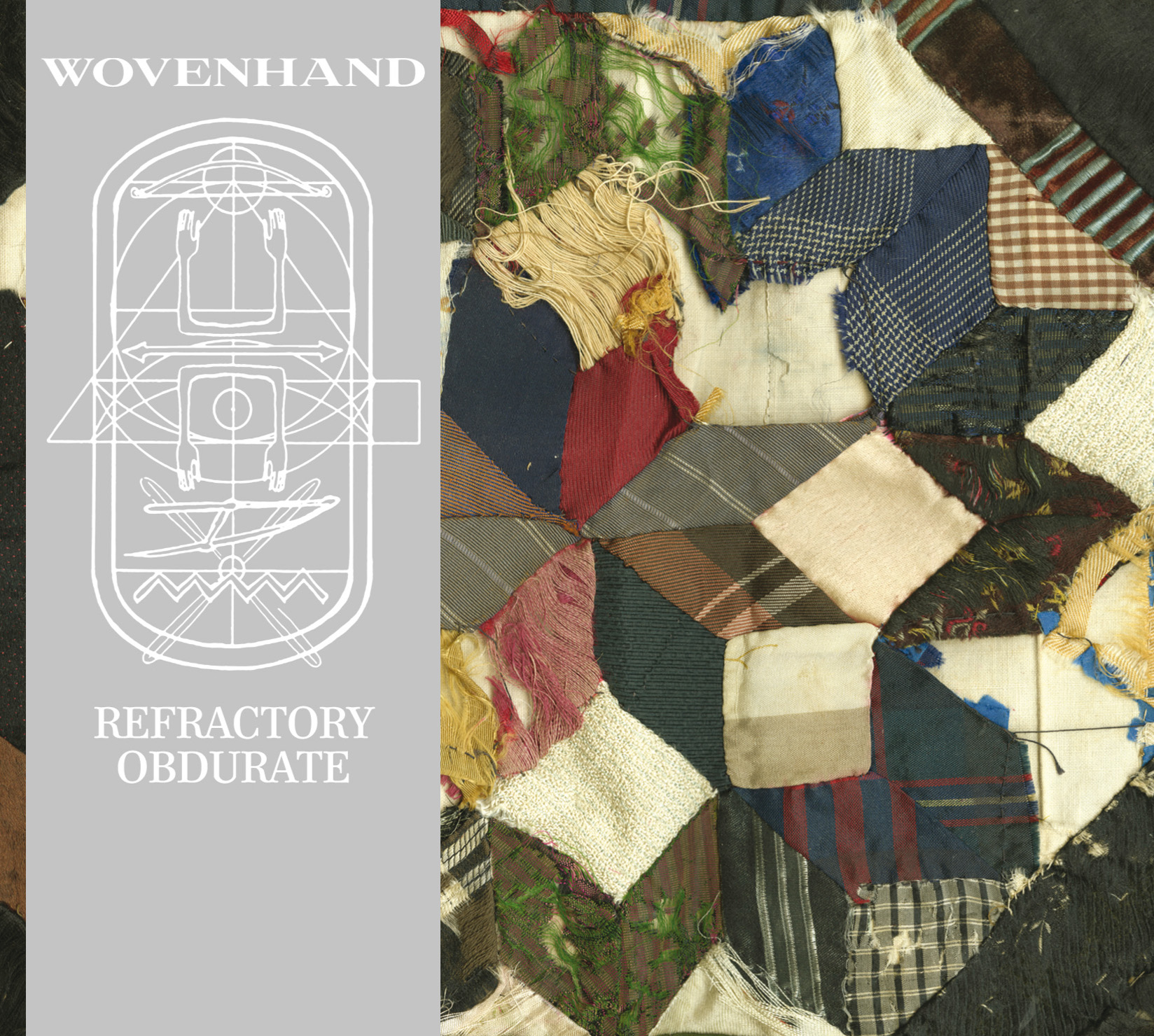 Signs of how his music was going to be shaped were already present on previous work The Laughing Stalk, where he showcased an intense drawn towards the post-music of the eighties. Here, that distinction has been made even clearer. By no means is Refractory Obdurate a standard loud music album, but is definitely isn’t as appealing to the folk fans of his earliest work. Songs like ‘Field of Hedon’, ‘Hiss’, ‘El-bow’ or ‘Masonic Youth’ are driven by powerful riffs and electronic sounds, instead of focusing on (neo) folk guitar.

But it is still the Wovenhand we’ve learned to love. Christianity is still a main pillar of the lyrics and songs ‘The Refractory’ or ‘Obdurate Obscura’ are perfect examples of the blend between folk and the new elements, which do not predominate the former. The production, by Sanford Parker (Yob, Indian) has made sure of that.

With a heavier approach it could be less appealing to the folk loving fans of Wovehand, but Refractory Obdurate has opened up new ways to make the music even more intense.